This will be another work in progress.  Diurnal temperature range (DTR) should decrease with water vapor feedback, but there are several things that complicate using DTR for proving or disproving anything.  The first is that the change is small and the accuracy of the data likely not all that great.  Siting issues that may impact surface station readings would be as much or more a problem with the DTR.  So far, the Tmin data provided by the Berkely Earth Surface Temperature (BEST) project looks pretty good, but the further back in time you go there are major issues and not using anomalies, that would be amplified. 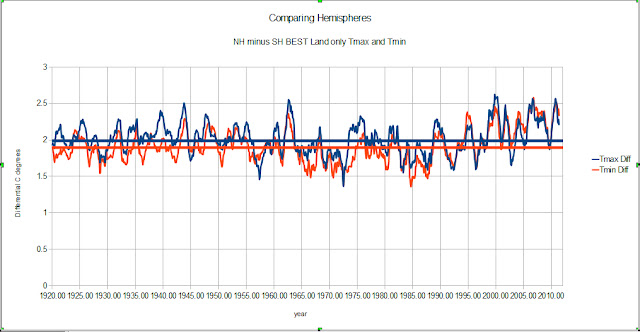 Using the BEST Tmax and Tmin, the chart above compares the northern and southern hemispheres.  The more current data shows a shift, but the older data is eerily consistent.  Not what one would expect, but since the data is averaged over an area with few stations in the past included in that average, the few stations likely don't allow for the resolution required. 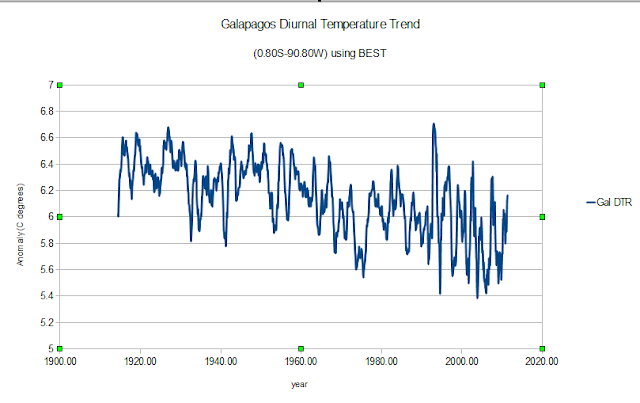 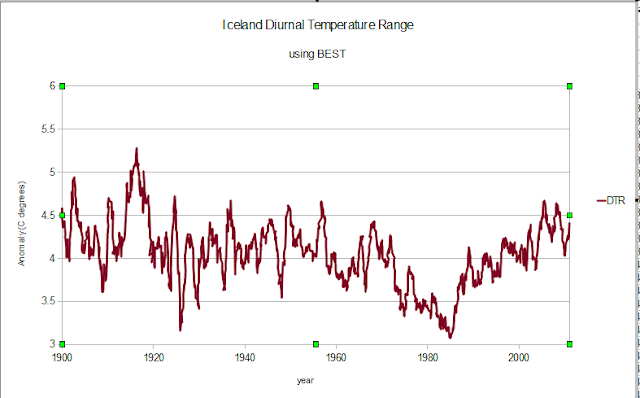 The two charts above, the Galapagos Islands and Iceland are areas of prime concern since the ocean heat capacity change would be the major influence on each.  Iceland shows a major shift in 1985 and the Galapagos a shift of a different kind to greater variability.  That could pose a challenge. 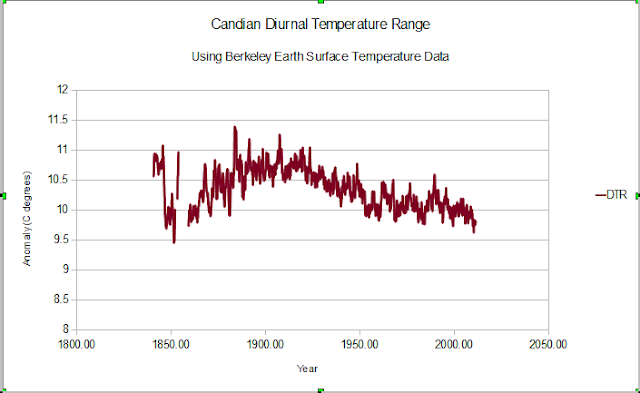 Canada has a reverse issue where the number of surface stations decreased in the newer data. 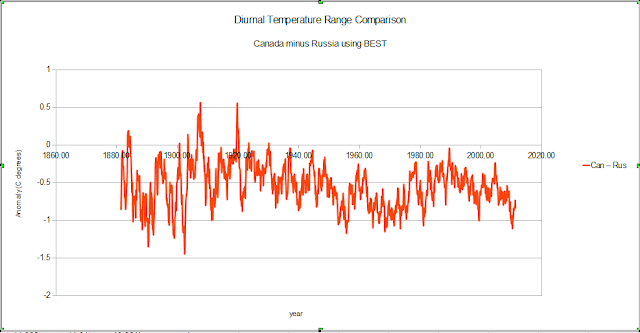 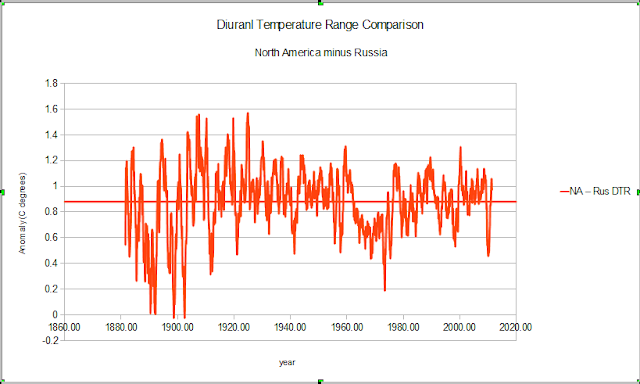 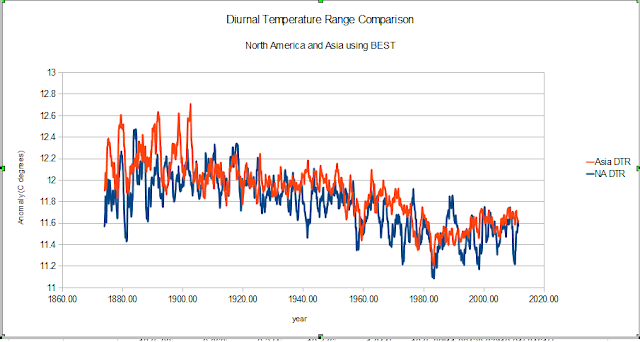 Doing a overlay of North America DTR with Asia DTR, the 60s-70s dip also would be noticeable and the 1985 shift is obvious.

That 1985 shift is likely due to the southern ocean shift that can be seen in the GISS LOTI regional data. 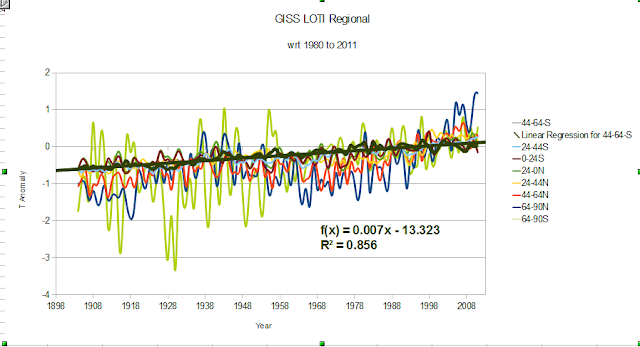 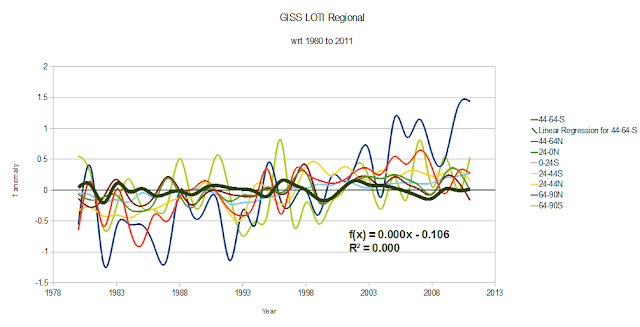 So as I wade through the BEST data sans R programming, I will try to flesh this out a little more.  However, that will not be a big priority since I am sure this stuff must have attracted some attention elsewhere.
Posted by Unknown at 7:24 PM