"To the extent that our reconstruction reflects high-latitude climate conditions in both hemispheres,
it differs considerably from the recent surface compilations, which suggest ~2°C MWP to LIA cooling in the 30°N to 90°N zone, whereas the 30°S to 90°S zone warmed by ~0.6°C during
the same interval (24). In contrast, our composite IWT records of water masses linked to NH and
SH water masses imply similar patterns of MWP to LIA cooling at the source regions The inferred
similarity in temperature anomalies at both hemispheres is consistent with recent evidence from
Antarctica (30), thereby supporting the idea that the HTM, MWP, and LIA were global events." 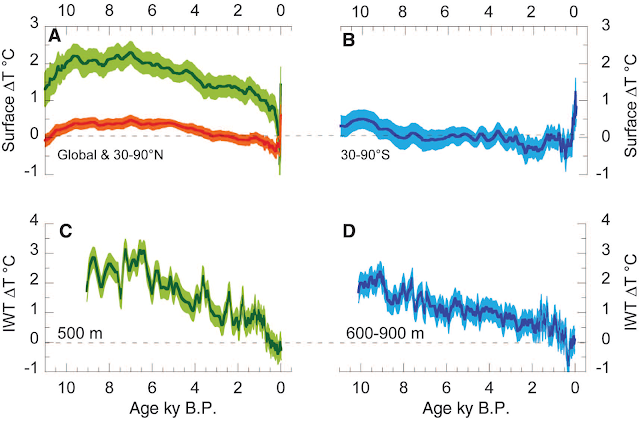 
Panels A and B are from the Marcott et al 2013 paper and include the spurious uptick caused by lack of data and their method.  btw, that +/- 1 SD should not be confused with actual uncertainty because there are huge unknowns, but this is about as good as it gets for now. 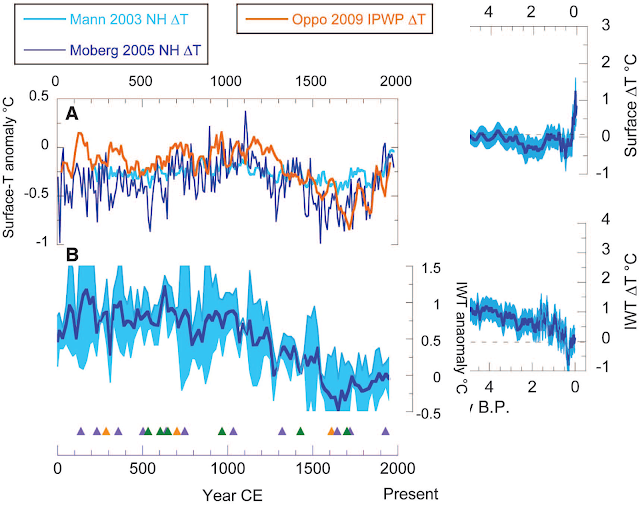 Fig. 3. Temperature anomaly reconstructions for the Common era relative to the modern data (note
that the age scale is in Common era years with the present on the right). (A) Change in SST from the
Makassar Straits [orange, based on (26) compared with NH temperature anomalies (27, 28)]. (B) Compiled IWT anomalies based on Indonesian records spanning the ~500- to 900-m water depth (for individual records,  see fig. S7). The shaded band represents +/- 1 SD.

They also include a comparison of Oppo et al. 2009 with Mann and Moberg similar to comparisons I have made but with a less dramatic scale, in the left hand figure. 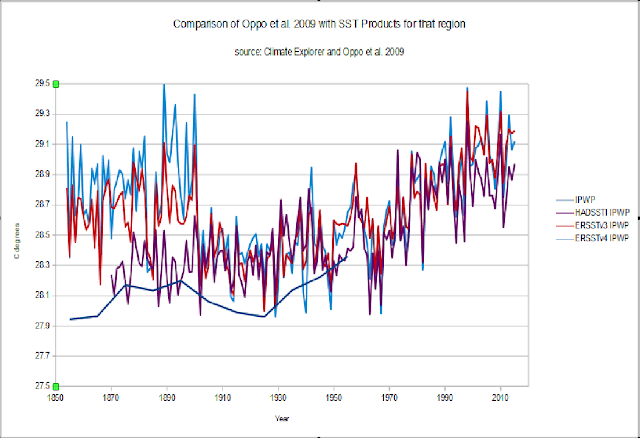 Depending on which product you prefer and the current state of adjustment, the IPWP correlates well with global SST which is 70% of the GMST product.  Since HADSSTi uses less creative interpolation it is a better match for the reconstruction in the region of the reconstruction 3S-6S and 107E to 110E.

Since there are tons of issues in paleo to deal with, every reconstruction will need some time to resolve them, but Rosethal and crew appear to be ahead of the learning curve.