Not Concentric - Not Symmetrical 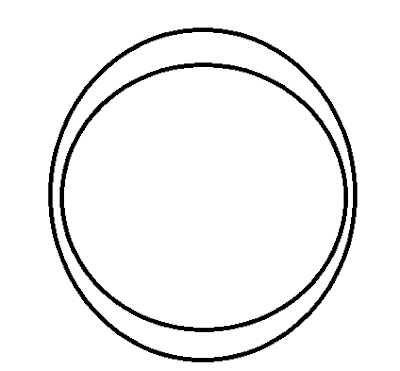 The Earth is not exactly round and the troposphere is not exactly round either. When modeling things, it is nice to use stuff that is easy. Modelling the greenhouse effect, nice up and down or nice sphere inside a sphere or a box inside a box make the math easier. The nice assumptions might work out with a nice answer or the might work out to a nice mess. Nick Stokes has a blog post on concentric black body spheres used as a basic model of the greenhouse effect. Nick has equations and everything, but the solution boils down to what should be obvious.


In Nick's drawing, which is a lot classier than mine, he shows a section dA to represent the radiant disc used for most black body problems. We assuming the shape of a radiant source, the disc is the best since it is the basic shape used by Planck, Stefan, Boltzmann and the rest of the original gang. The radiation will proceed in all directions, but each of the infinite directions is represented by a small disc, dA. For the concentric circles, representing the sphere in two dimensions, The outer sphere absorbs all of the inner sphere radiation and re-emits 1/2 back to the inner sphere, or circle in the drawing. 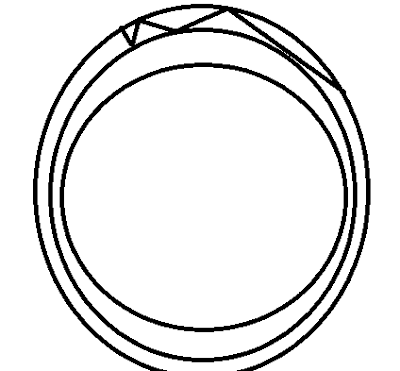 
Whether difference is significant seems to be an issue that I personally, do not think should exist. Since water, in various phases increases in concentration below the tropopause to a maximum at the surface and the total density of the atmosphere increase with pressure, it is impossible for downwelling infrared photons to penetrate as easily downward as they can upward. In order for additional greenhouses gases to have the impact estimated in the worst case requires a great deal of creativity.

The first part of the creativity is the simple up/down radiant model. Each GHG molecule absorbs and emits in all directions. By assuming that the curvature of the Earth's surface with respect to the average radiant layer is negligible, the simple up/down model works. The geometry would seem to allow this assumption, but the simple geometry is misleading until one looks at the specific humidity or water content of the atmosphere.

In the Antarctic winter there is the minimum specific humidity found anywhere on Earth's surface. The Zonal Average Moist Potential Temperature in the MIT labweb notes illustrates the issue of assuming geometry is negligible enough for a simple up/down radiant model. From the equator, the high moisture of the upper troposphere forces more down welling long wave radiation towards the poles. This would increase the surface warming in the mid-latitudes, then the symmetry ends. The moist potential temperature drops much more dramatically towards the southerly polar region than northerly. There is no symmetrical polar amplification of additional GHG forcing because there is no symmetrical specific humidity distribution.

With an average annual temperature nearly 30 degrees C lower in the Antarctic, it would require nearly 10 times the estimated GHG forcing to cause a significant increase in Antarctic specific humidity. In the Arctic, less warming would be required for ice free summer conditions, but with the average annual temperature below 250K, it is unlikely that 23 degrees of warming is possible with any reasonable estimate of GHG forcing.

UPDATE: I left Nick a question, what if you add another sphere? here is his answer:

So like I said, with concentric spheres as a basic model, you would always get the same results. Obviously, our atmosphere is a little more complicated. Since the atmospheric layers are not concentric, the geometry would matter, but the shape of the atmosphere is constantly changing.

Should Nick look into the oblique spheres, he should find that in certain configurations, the spherical assumption is adequate, in others not so adequate. The only relationship I can find that may be consistent, is the Antarctic.

A kick butt model though should notice that the Antarctic is misbehaving by being more stable than expected.
Posted by Unknown at 5:30 PM