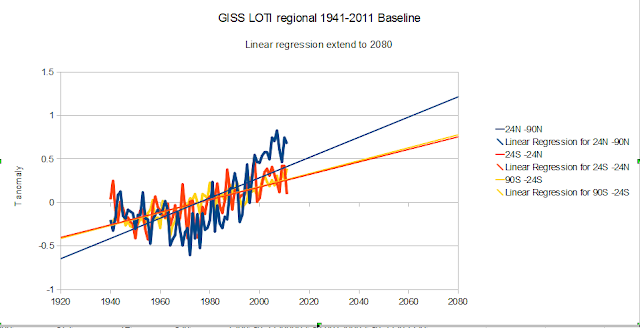 Temperatures are rising non-uniformly globally.  This compares the extra tropics and tropics using the GISS LOTI data  from 1941 to 2011 using the full average as a baseline.  Using a simple linear regression and extending the X-axis to the year 2080, both the tropics and southern extend would be expect to warm to ~0.75 degrees above the baseline.  The Northern extent would be expect to warm more to ~ 1.25 degrees above the baseline. 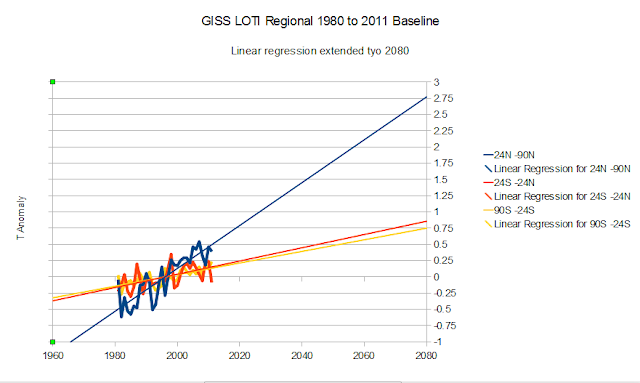 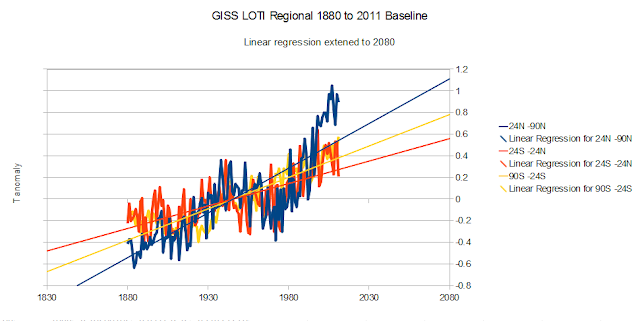 Using the full data series with the1880 to 2011 average as a baseline, then southern extra-tropics amy be expected to warm by about the same 0.75 degrees, the tropics less to ~0.55 degrees and the northern extra-tropics to ~1.1 degrees.

So will the region of the Earth with the least thermal mass drive the rest of the world to a much warmer temperature or will the more stable southern extra-tropics dampen the impact of the larger swings in temperature in the Northern extra-tropics?  Which choice of baseline would be a better indication of the expected change?
Posted by Unknown at 7:27 AM