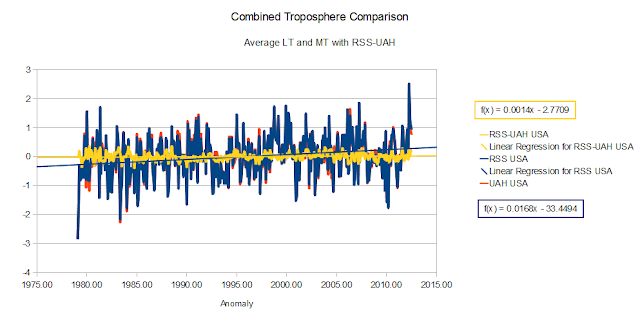 That is a little higher than the 0.155C per decade that Anthony Watts gets with the new high quality surface stations.  Again, it is close enough for government work in my opinion. 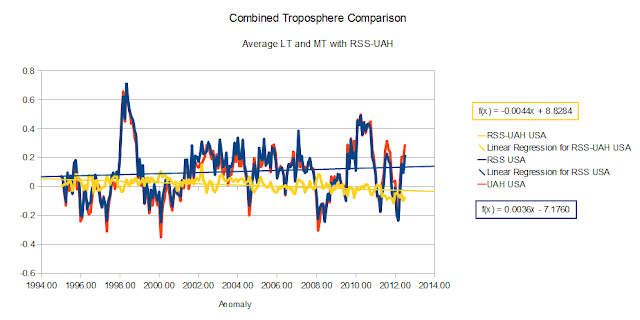 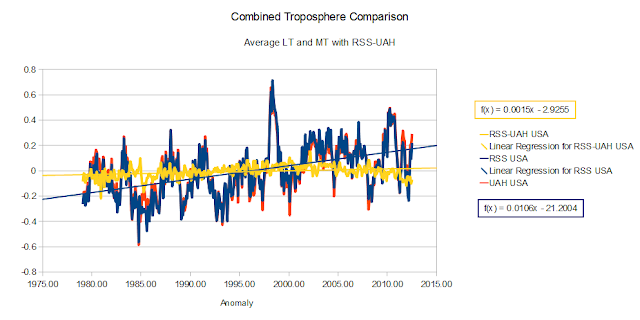 Those are Plain Vanilla global.  The first start in 1995 and shows how RSS and UAH are starting to diverge which may have something to do with the AQUA satellite which is not suppose to drift in orbit significantly.
Posted by Unknown at 6:56 PM