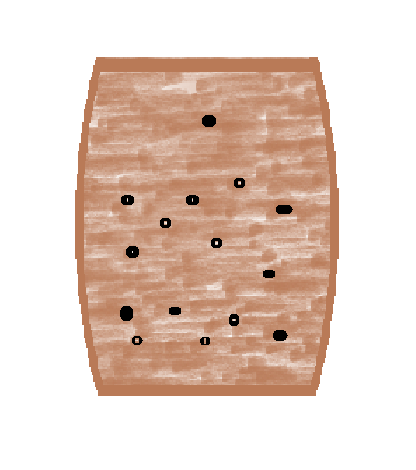 If you fill a barrel full of holes with water, all the holes above the water line would leak.  With the barrel full of water, there would be more water pressure available near the bottom of the barrel than at the top.  The rate of water flow out of the bottom holes would be greater than the upper holes for a given size of the holes.  If you plug a hole at the bottom with a higher rate of flow it would increase the flow of all the other holes below the water line more than plugging a hole at the top.  This is a good analogy of CO2 forcing in the atmosphere.

If you don't know how many holes there were, or how full the barrel was, or what the the rate of flow into the barrel initially was,or how much the barrel can hold, then the problem is more complicated.  Now put the barrel in the back of a pickup traveling down a bumpy dirt road.  Welcome to climate change.