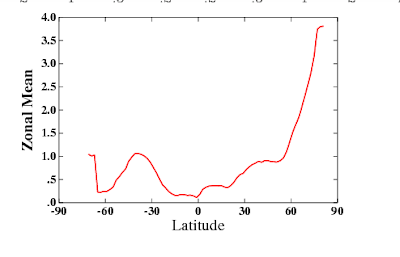 The latitudinal temperature change based of GISS data for 2011 using 1896 to 1906 baseline above is not perfect, but should give a reasonable idea of the climate change since 1900. 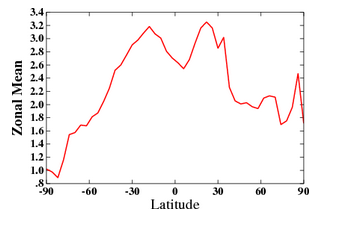 The above is the temperature change simulated by GISS based on constant sea surface temperature. As you can see it differs considerable in the tropics.

With the apparent narrowing of the tropical belt associated with the PDO change to negative and the implied relationship of the tropical belt varying with longer term solar TSI changes, there is a likely possibility that the 1994 trend will remain the same or decrease over the next solar cycle.

Update: fixed some of the typos
Posted by Unknown at 12:19 PM