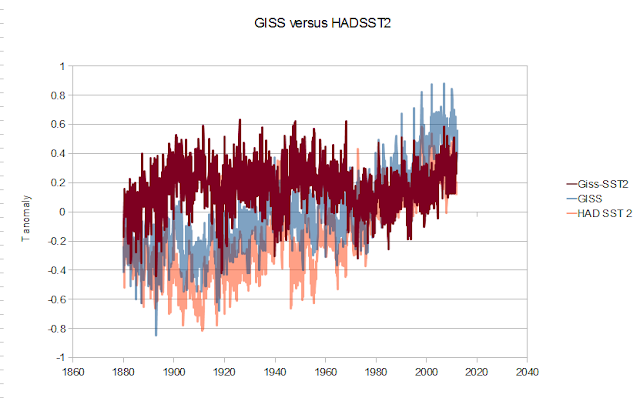 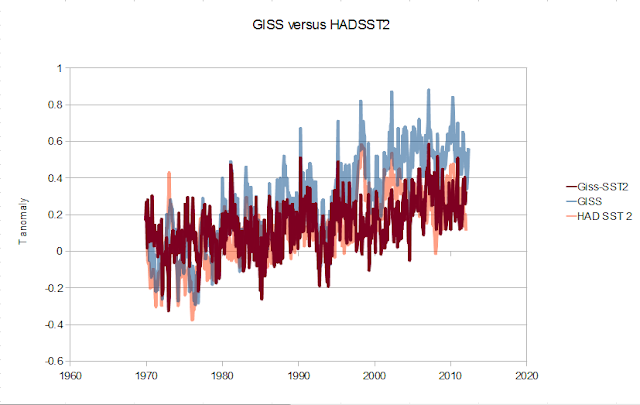 Since both have some possible issues early in the records, this plot from 1970 should be the more accurate portion of the record.  There is a trend where the land portion is warming greater than the oceans.  That is ancient history, no news there. 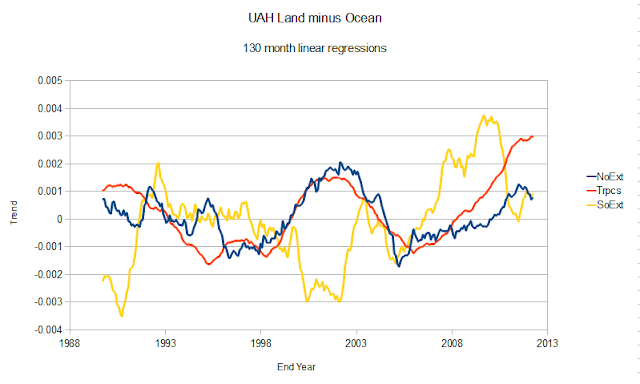 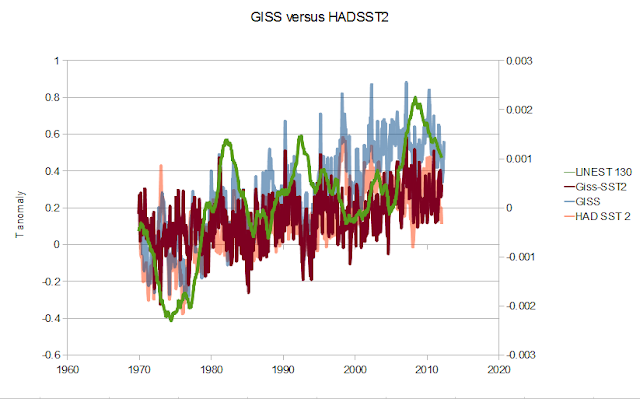 This is the GISS minus SST2 with the 130 month linest.  Which of the UAH trends does this most resemble?  Yes, it looks like the southern extent where the majority of the energy is stored.  In case, you can't seen the correlation, 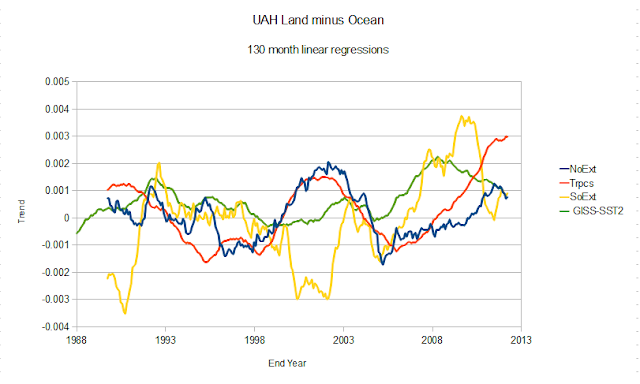 There is not a perfect correlation, but the GISS-SST2 tends to more closely match the SoExt.

While the HADSST2 accuracy is suspect going back in time, it is a portion of the data available.  The SST2 orange plot here is just the difference between one month and the next.  Not conclusive, but the monthly variance decreases as the SST warms at the end of the record, that could be indicating the approach to or arrival at, a heat capacity limit. 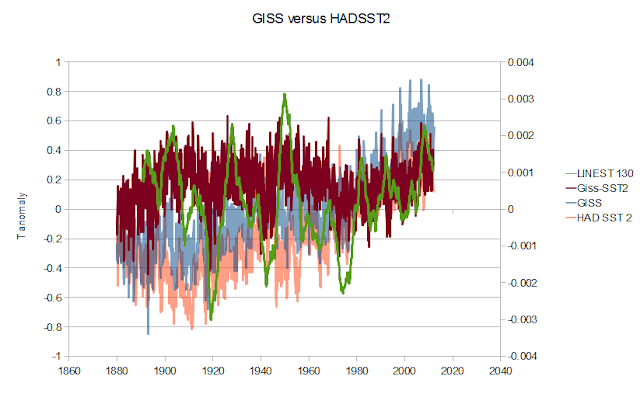 The 130 month LINEST plot in green is for the GISS minus SST.  That indicates they are becoming less disorganized, which may be real or a product of inaccuracies in either record.  Any either case, something worth looking into further.

Oop!  Missed the reason for all this, 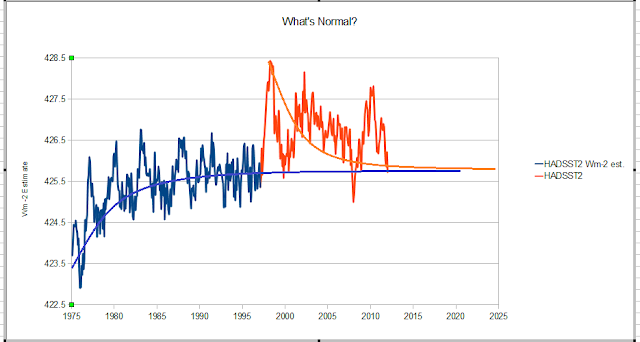 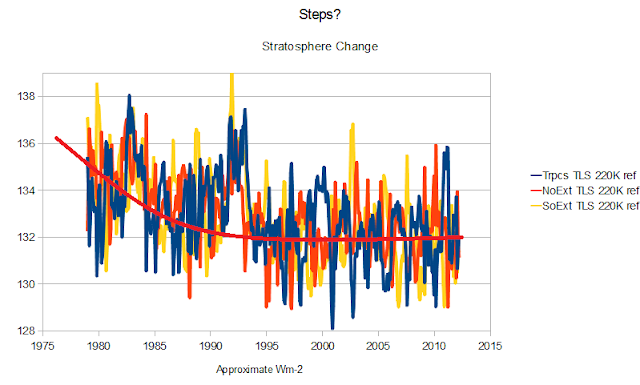 Those two charts don't jive with GHE expectations.
Posted by Unknown at 1:54 PM