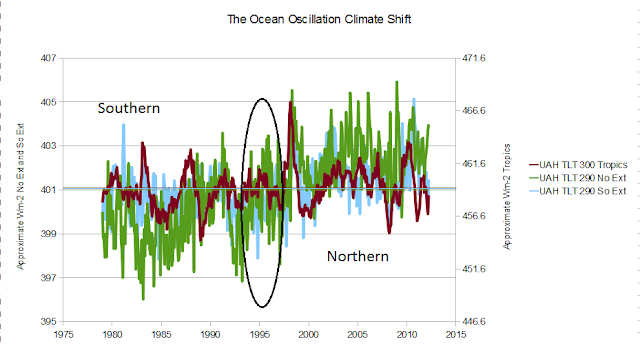 Using approximation average temperatures of 290K for the northern and southern extent oceans and 300K for the tropical oceans, I have plotted the UAH lower troposphere oceans as three sections, No Ext, Tropics and So Ext using WM-2 instead of temperature anomaly.  This is far from being a valid approximation, it is just used as an illustration.  This perspective show the Southern extent being slightly higer energy moving to a neutral around 1995 and then into mode where the Northern extent is more energetic after 1995.    During the whole period, the tropical oceans remain in a fairly tight energy range. 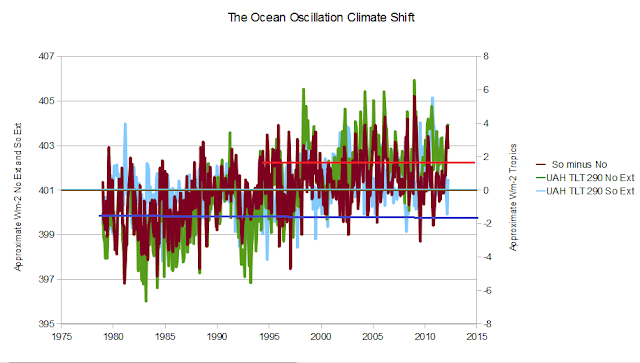 Since I used 290K as an estimate for both, the approximate S-B perfect black body energy would be 401Wm-2.  For a +/-1.8 Wm-2 change, the temperature change would be approximately 0.32C degrees.

Can a minor shift of 0.32 degrees between the Northern and Southern oceans drive climate?

It looks like it By Golly!
Posted by Unknown at 7:54 AM