What's all the Noise?

There was a discussion today on attribution of warming.  The old what causes what.  For a while I have been fairly convinced that the only thing "we" have a handle on is that CO2 and other non-condensable greenhouse gases have a radiant impact.  The best guess is that a doubling of the CO2 equivalent would produce roughly 1 to 1.5 degrees of warming by improving the insulation of the atmosphere by roughly 3.7 to 4 Wm-2.  When I estimate attribution, I stick with what is significant.  In the discussion I estimated current warming to be due to natural variability 50%, CO2 equivalent 25% and land use 25% and that was it.  Immediately one of the warmers asked how I could neglect aerosols?

Aerosols have direct and indirect effects that cause cooling and/or warming and according to recent papers appear to have been grossly over-estimated.  So I said I consider everything other than natural variability, CO2 equivalent and land use, just noise.  This doesn't set well with just about anyone. 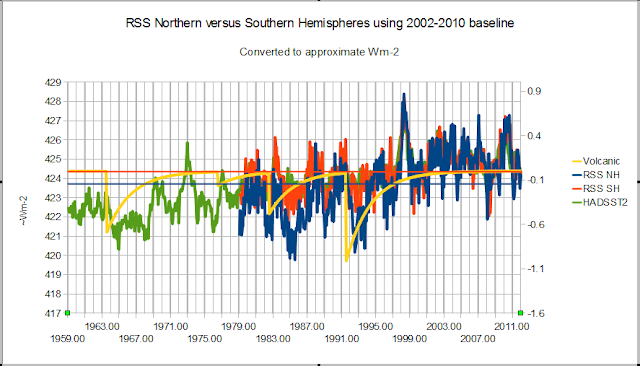 Well, volcanoes produce aerosols, that is natural.  In the chart above is an estimate of volcanic forcing due to volcanic activity since 1960.  Using the SST and satellite data, there is a response to aerosols and a rapid return to the mean trend.  Since 1960, volcanoes have produced little hiccups in the meaningful temperature data, but no significant impact.  Volcanic aerosols from circa 1960 are in my opinion just noise.  Could there be longer term effects from these volcanic aerosols?  Possibly, but they appear to be grossly over estimated pretty much like the recent papers indicate in the shorter term.

Aerosols also have warming impacts where darker particles, black carbon, can increase albedo.  Compared to the dust and ash fallout due to agricultural use, that impact also appears to be small.  But for some reason warmers cannot seem to understand that farming about 10 percent of the total surface of the Earth, while is may produce aerosols, is perfectly happy being labeled as a "land use" impact.

Do natural and anthropogenic aerosols have indirect effects on cloud formation? I am sure they do, but if the majority of the aerosols causing that impact, both in forming clouds, sulfates and stopping clouds from forming, dust, are due to natural or land use causes, wouldn't they be either natural or land use related?

What about smog?  Well that impact is typically erased since it is associated with urban heat island effects.  If it is not included in the temperature record used to determine "global warming" how would it be a factor in "global warming"?

Which is the reason I consider ocean and satellite temperature data the "reliable" data for determining "global warming".  Everything else has been massaged to death and aerosols used to beat the models into submission to explain the lack of projected warming.  If something like aerosols would like to actually rise up out of the noise, then I will reconsider. 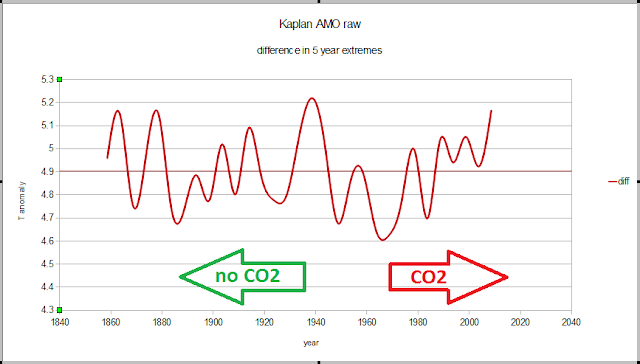 Another Update:  What the heck, it is a lazy Sunday. 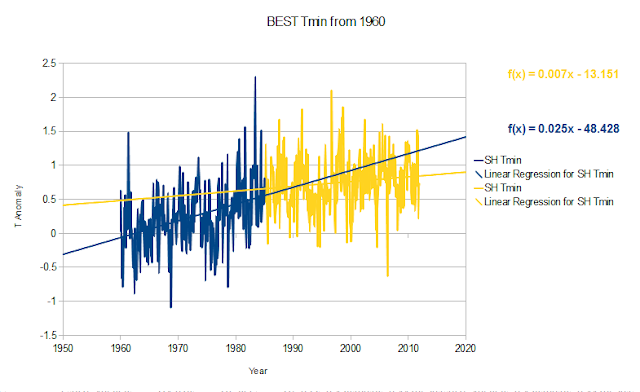 Notice anything?
Posted by Unknown at 7:17 PM