So What is so Hard About Polar Heat Transfer?

Everything.  The poles have what should be called dynamic insulation, the polar vortexes.  A stable polar vortex limits the amount of energy that is lost to space via the super cold high Arctic (Antarctic) temperatures. 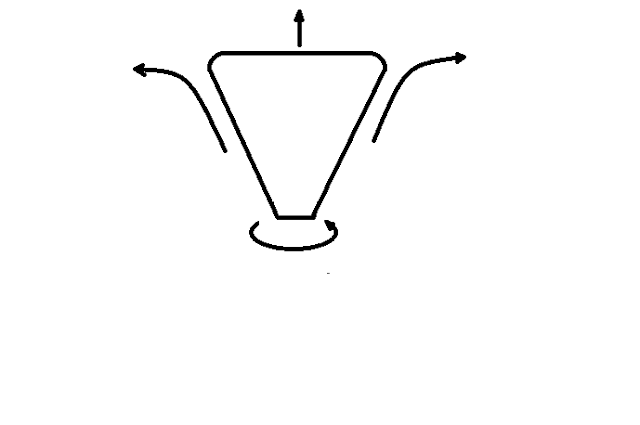 An atmospheric vortex, like tornadoes, hurricanes, dust devils or a massive polar vortex is sustained by energy flow.  Because of the Coriolis Effect, out flowing energy produces a counter clockwise rotation in the Northern Hemisphere and clockwise flow in the Southern Hemisphere.  If the energy is flowing in, the rotation can reverse. Since most vortexes maintain the "normal" spin orientation, nearly all are a result of energy loss from the surface to the atmosphere and beyond.

The Antarctic Polar Vortex (AnPV) is much more stable than the Arctic Polar Vortex (APV) thanks to higher altitude land and ice at its base than the APV which has less stable sea ice at sea level.  Change or reduce the direction or rate of energy flow and the vortex will break down, generally into smaller and more numerous vortexes.  These break downs change or are changed by the heat flow characteristics in the region of the vortex.  A hurricane is stronger over fresh water than salt water because there is more energy available for transfer.  Tornadoes are stronger and more numerous in wet Springs than dry Springs because the water in the soil provides more energy for transfer.  The APV breaks down more often than the AnPV because the amount and direction of energy flow can change mainly in late fall or early winter.

I did an estimate of the impact of a major APV breakdown that lasted a little over two months and the total energy lost was on the order of 1x10^22 Joules or about as much as the "unprecedented" rate of annual ocean heat uptake.  When there is a breakdown, it is caused by or causes a Sudden Stratospheric Warming (SSW) event.  Since the root cause is the rate of energy transfer, it can be difficult to tell what caused what.  Arctic sea ice that is unstable or thin increases the odds that the inflow of energy at the base of the vortex can abruptly change.  Heat transfer from lower latitudes can impact the direction and rate of energy flow causing the breakdown.  Combine the two and you have an excellent puzzle.

Vortexes are considered to be chaotic because they are difficult to predict in size, strength, location and just about any other metric you can think of.  Hurricane intensity models by far suck more that hurricane travel models because it is not easy to model a vortex.  Since vortexes have a huge impact on "global" climate, it stands to reason that "climate" prediction is going to be more difficult than some would expect.

The polar vortexes are just now being understood for being the prediction PITAs that they are.  Arctic Winter Warming (AWW) is considered by some to be a sign of "Global" warming when it is more likely a sign of "global" cooling, at least on some time scale.  The polar regions can either be in-phase with "Global" temperatures, a sign of warming or cooling or out-phase also a sign of warming or cooling  depending on the situation.  Mixed phase clouds in the Arctic increase the energy available to be lost to space if inside of the vortex or recycled to the moist atmosphere is outside the vortex.  Since the water under sea ice is warmer than the air above it, breaks or open areas in the sea ice increase the energy available for transfer.  The vortex can break down with too little, too much or the wrong direction of available energy flow.

In the 1970s there were fears of "Global Cooling" because the Northern Polar Jetstream shifted.  The stability of the APV is one of the factors that determines the shape of the Jet stream which is also a very large vortex.  When the jetstreams are stable, as in confined to a narrower latitude band there is generally warming.  When the jetstreams become unstable and wander into lower latitudes there is generally cooling as occurred in the 1970s.

Some think that warming in one location is offset by cooling in another location resulting in a net zero energy loss/gain.  Nothing could be further from reality.  The energy per degree of temperature changes so warming in the highest latitudes is almost always a sign of net "global" energy loss.  Warming inside the dynamic boundaries created by the polar/jetstream vortexes results in an increase in energy retained.

Think of the polar vortexes as Air Curtains or Air Doors that help retain energy.