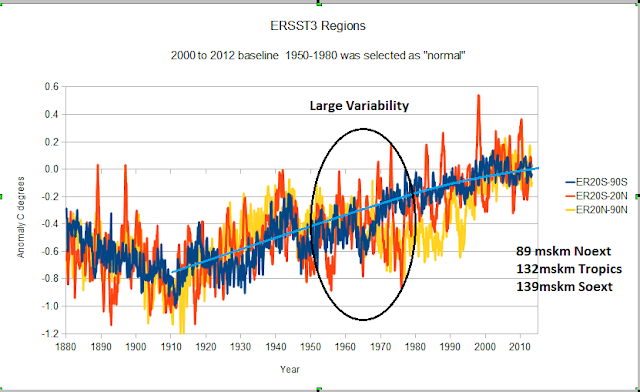 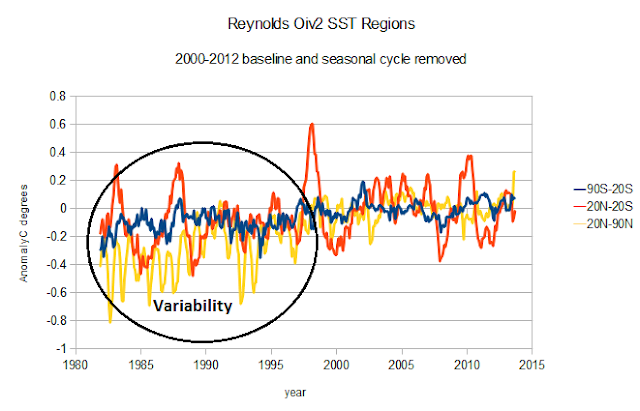 The Reynolds optimally interpolated SST data may have some clues.  Above it is converted to anomaly using the 2000 to 2012 baseline and seasonal cycle removed.  The variability in the NH data 20N-90N is much greater outside of the baseline range. 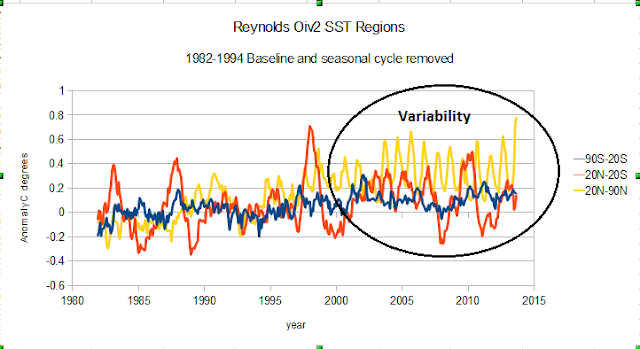 If you use the early part of the Reynolds SST data the variability shifts to the end of the record.  The most obvious cause is the volcanic activity in the early part had a greater impact on the northern oceans which have a smaller area and transfer energy to a much larger percentage of land mass.  Volcanic sulfate have a greater impact on radiant forcing than atmospheric forcing so the impact is greater in warming season.  The data has a seasonal baseline dependence that impacts "natural" variability. 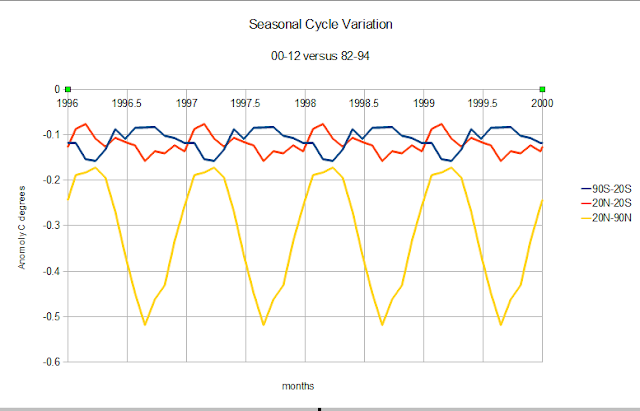 Anyone working with the data knows this and knows that baseline selection impacts attribution, but not very many explain why they select a baseline only that others are cherry picking if they select a different baseline.

UPDATE:  The seasonal sensitivity can impact which year is the warmest EVAH.  That is always great fun. 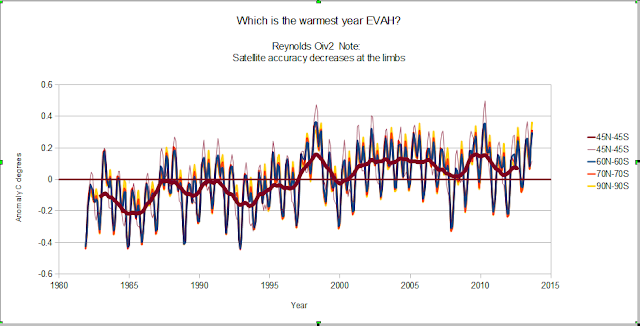