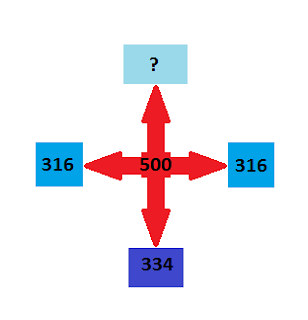 Slaying the Sky Dragon is a poorly thought out book attempting to "debunk" the CO2 portion of the Atmospheric Effect.  The Atmospheric Effect is my preference for what is commonly referred to as the Greenhouse Effect or Tyndal Gas Effect.  I probably prefer the Atmospheric Effect since I am a bit of a thermodynamic dinosaur.  I prefer to look at problems from different angles or "frames of reference" since I have screwed up a few times.  It is nice to be able to double check yourself.

The energy crossroads drawing about is an attempt to illustrate a surface frame of reference.  The Earth is an open system.  Thermodynamics works better with closed systems.  It is an accounting thing.  In order to close an open system, since all systems are actually open to some degree, you use real or imaginary barriers and consider only the most significant variables.  If there is a leak in one of the barriers that is small, you can ignore it somewhat and call it entropy until you nail down everything important, then work on the small stuff to improve efficiency.  My barriers at the crossroads is discussed in this thinking out loud post.

In that post I can to a range of numbers, 160 to 184 Wm-2 for the question mark.  In the post before that, I showed what I consider to be a surface frame of reference approach considering thermodynamic reference layers.  These "layers" are flexible literally and figuratively.  I consider them energy envelopes that expand or contract under differing conditions.

Comparing the two drawings you can see that the cross roads is in the middle of the layers.  The large red arrows extend to the 65Wm-2 layer which would be the first "true" isothermal  atmospheric layer.  All warmer i.e. higher energy layers would not "envelope" the entire globe.  It the world warmed enough, the 316Wm-2 layer based on water vapor, would expand and become the first "true" isothermal atmospheric thermodynamic layer.   For that to happen, most likely the mass and therefore density of the atmosphere would have to increase significantly.  With greater atmospheric mass, the surface pressure would increase, the specific heat of the atmosphere would increase and of course the "average" surface temperature would increase.  Since the atmospheric pressure is related to mass and the force of gravity on that mass, the thermodynamics of Earth would be significantly altered.

First water would evaporate at a higher temperature, like in a pressure cooker.  Kinda remarkably, the freezing point of water, the 316Wm-2, would not change much due to the pressure but can be lowered with impurities.  Adding salt to water reduces the temperature. So the liquid, salty oceans can remain liquid to less than -2 C degrees.  The 334 Wm-2 in the deep oceans can get higher, but it will never be equal to 316Wm-2 on "average" unless there is so much salt in the water that the freezing point can get below -4 C degrees.  As long as liquid water exists, Earth can never have a "true" isothermal "surface" layer unless it has much higher mass to allow for water vapor to exists as a critical liquid/gas, about 218 times its current mass.

Pressure and heat capacity determine if there can be a "surface" isothermal layer and the degree or how close to isothermal that the "surface can become, ultimately determines the maximum surface temperature for a given amount of applied solar and internal geothermal energy.  Yes, I did say geothermal energy.

Gravity and mass promote internal heat and fission of heavy elements inside the Earth's crust.  The surface of the Earth "leaks" a small amount of internal energy which if the surface atmosphere where a better insulator, would accumulate over time.  Venus is covered with a uniform ocean of carbon dioxide with a surface density of about 6.5% of the Earth's oceans.  As a nearly pure critical liquid/gas near the surface, Venus' CO2 oceans can be uniformly distributed and isothermal where the Earth cannot be because of the liquid water.

This is the reason for the "surface" usage.  Because of Venus' critical liquid CO2 ocean, the thermodynamic surface is ambiguous or vague.  Because of the Earth's more complex mixture of atmospheric "gases" including water, water vapor and ice, Earth's thermodynamic "surface" is equally vague.  Trying to compare the two can make a thermodynamic idiot out of anyone.

On Venus, at the boundary between the solid and critical liquid CO2 ocean has a rough average velocity of 2 to 10 meters per second.  A rough average velocity of Earth's ocean surface is about 0.2 - 1 meter per second for simplicity meaning the Venus and Earth "ocean" "surface" diffusion rates are within roughly an order of magnitude.   Only 70% of the Earth is liquid ocean while all of Venus has critical liquid CO2 ocean allowing the "surface" diffusion and/or currents to produce a uniformly distributed isothermal blanket of insulation.  If Venus had huge tall mountainous continents to prevent uniform distribution, it would not have an isothermal surface.  Just like a winter coat or blanket, if you are uniformly covered you would be warmer.  If you leave the trap door of your long underwear open, you would feel a draft.  Uniform thermodynamic layers or boundaries make a huge difference in the efficiency of a system.

This simple observation also applies to the "Greenhouse Effect Dragons".  Neglecting the limits of thermodynamic boundary layers like the CO2 Effective Radiant Layer exposes the anatomy behind the long Johns trap door :)

I am going to leave this as a narrative since some folks seem to love that so much.
Posted by Unknown at 6:58 AM