In the Fractals and Climate post I mentioned the Golden Ratio that has mystified artists and mathematicians alike for centuries.  I am not a firm believer in the significance of the Golden Ratio, though I do respect the effect or rounding on our linear thought processes.  People like round numbers, but they are rare. 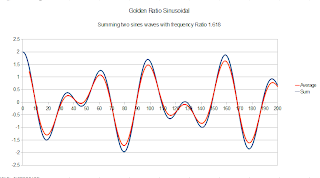 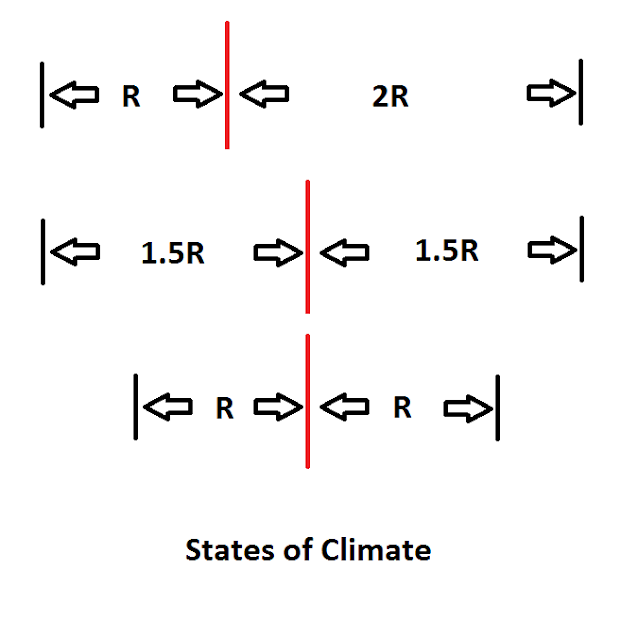 Even when I made the States of Climate drawing I selected nice round (1.5 is round to me) numbers.

Just for grins consider that the total area of water in the Southern Hemisphere south of latitude 25S is 124 million kilometers squared.  North of latitude 25N there is ~76 million kilometers squared of water. The ratio 124/76=1.63 so if the energy is mainly applied at the equator, 25N-25S, the energy distribution would be unequal by a ratio of ~ 1.63. 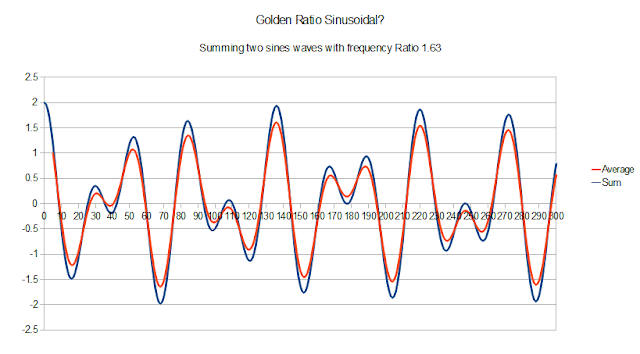 When I sum two sine waves with a frequency difference equal to the ratio of the ocean area, 1.63 that is what I get. 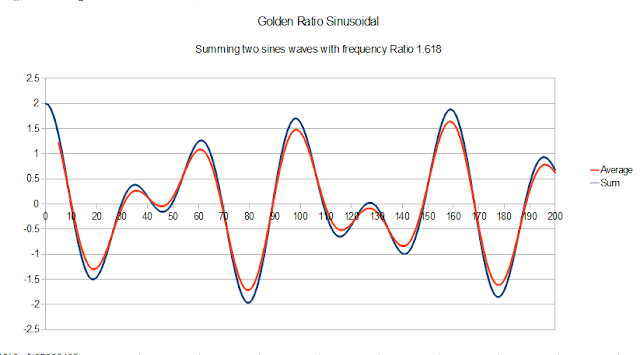 A different scale, but this would be the sum of two sine waves with the ratio of frequency equal to the Golden Ratio.

With the Golden Ratio the pattern is similar, but it would take a long time to see a true repeat of an identical cycle. 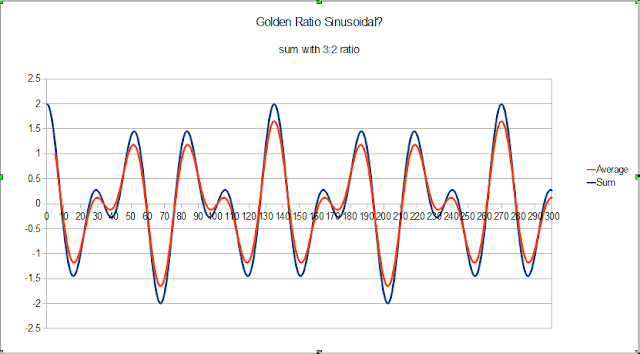 With a more perfect ratio, 3:2 or 1.666..., the repeat is easily seen in just a few cycles of the two base frequencies.  The 3:2 sine wave will average to zero in a short period of time.

Either the Golden Ratio or the almost golden ratio based on ocean area will average to zero eventually, but when is not easy to determine.

These are all unit sine waves which summed produce a max/min peak of two. 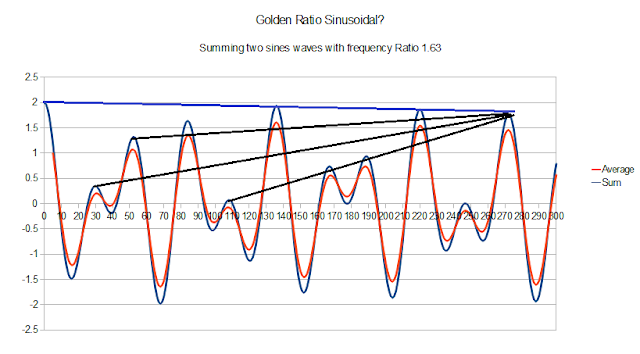 Even though the ocean heat ratio inspired sine waves will average to zero, without that knowledge I could select quite a few slopes depending on what information is available.

Whether the Golden Ratio is a key or not, the less perfect the combination of oscillations are the more difficult they are to isolate.  You get wiggles that impact results.
Posted by Unknown at 8:02 AM