Part of the See Saw with some Paleo Issues 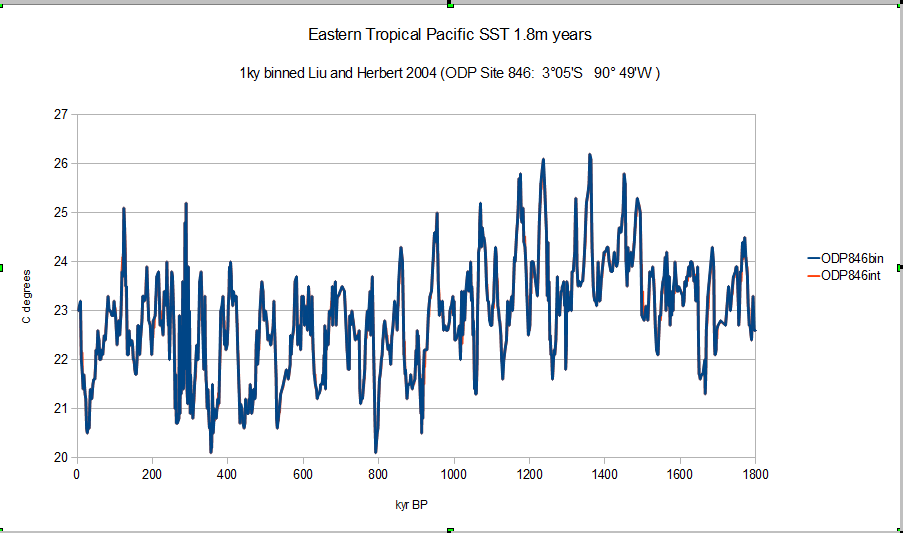 Part of the Hemispheric See Saw and the shift from 41ka to 100ka glacial cycle shift is a tough nut to crack.  Herbert et al. produced a tropical ocean reconstruction with some part going back over 3 million years.  The Atlantic core they used had some issues so there is a major gap, but the Arabian Sea, South China Sea and Eastern Pacific looked pretty good.  Liu and Hebert also published this 1.8 million year reconstruction of the Eastern Pacific, which I have interpolated and binned to 1kyr for some other stuff I am doing.  Open Office doesn't have a nifty interpolation routine for sporadic paleo core time series so I cludged this together.  Not great, not bad.

"Many records of tropical sea surface temperature and marine 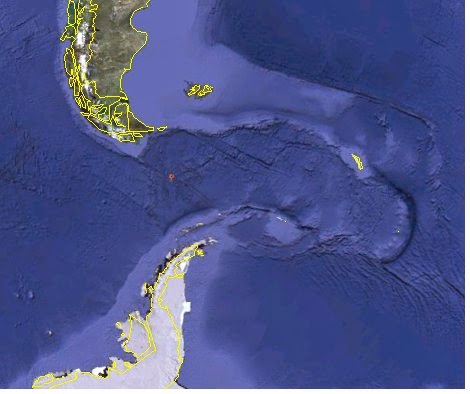 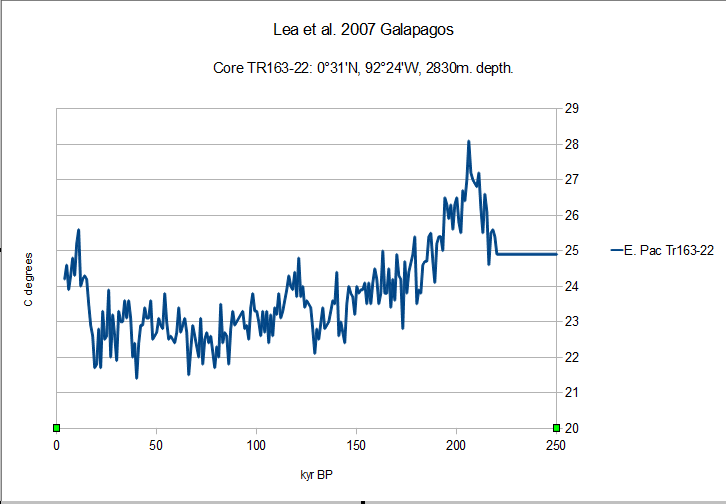 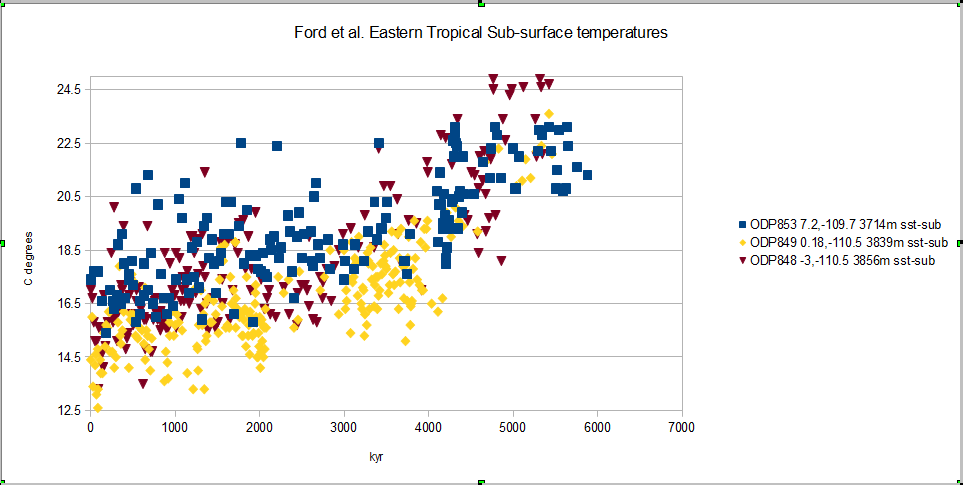