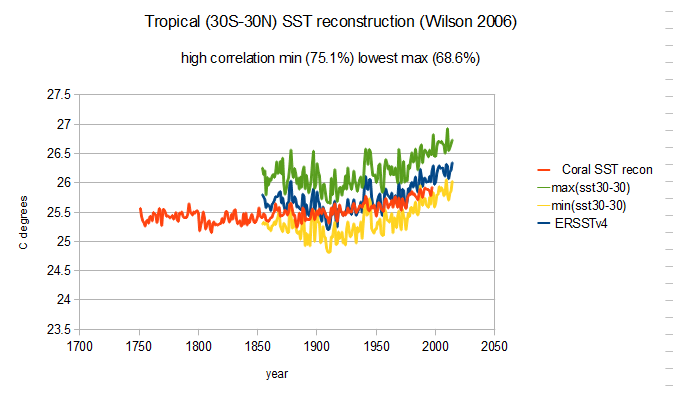 Just about every reconstruction of past climate indicates less variability that many would expect.  A number of newer SST reconstructions using corals have high (Annual) resolution which should indicate more, closer to "normal" variability.  The reconstruction above Wilson et al. 2006, Coral based Tropical SST was originally published with HadSST, currently known as HADSST2 and is shown with the newest version of ERSST, v4.  The correlation from 1854 to 1997 is somewhat greater for average and minimum monthly (75%) than SST monthly maximum (68%).  Comparing the instrumental SST averaged over three years increases the correlation to 89,83,88% and a five year smooth reduces the correlations to 78,75,77% respectively Max,min,ave., implying a confidence interval of 68%  (worst case) or +/- 32% of the annual value for a longer period. 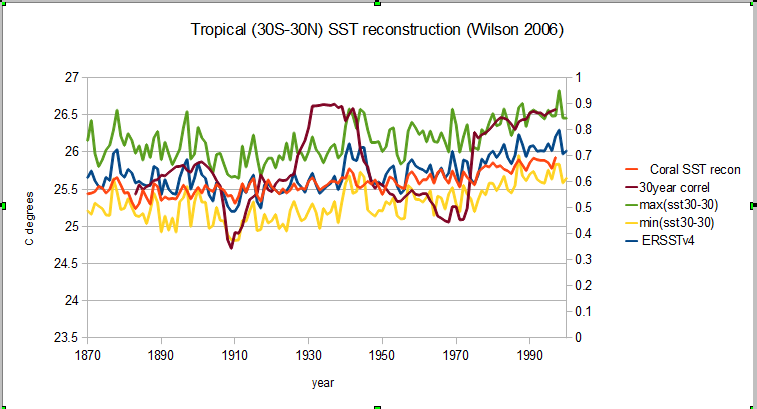 Comparing a 30 year correlation looks a lot worse.  Close to 90% correlation near the higher temperatures and as low as 35% during cooler periods.  So while corals have a fair overall correlation with temperature they tend to be biased toward survival and do not reflect temperature variation all that well.

So corals, based on this reconstruction have an average correlation with temperature of about 68% with a range of about 35% to 90%.  That would be pretty coarse for a high resolution paleo reconstruction. 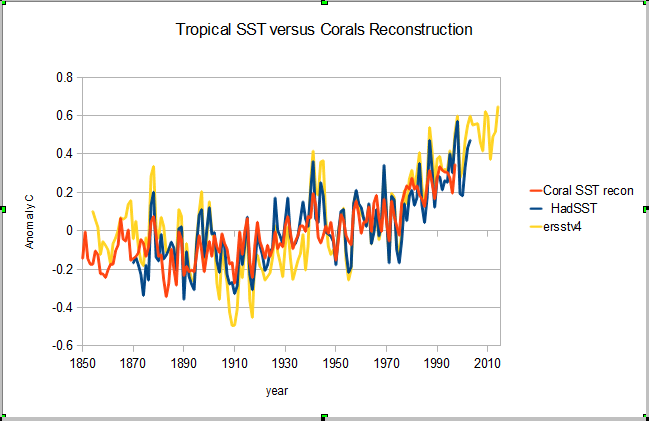 Of course, it wasn't as coarse prior to revision of the instrumental data sets. 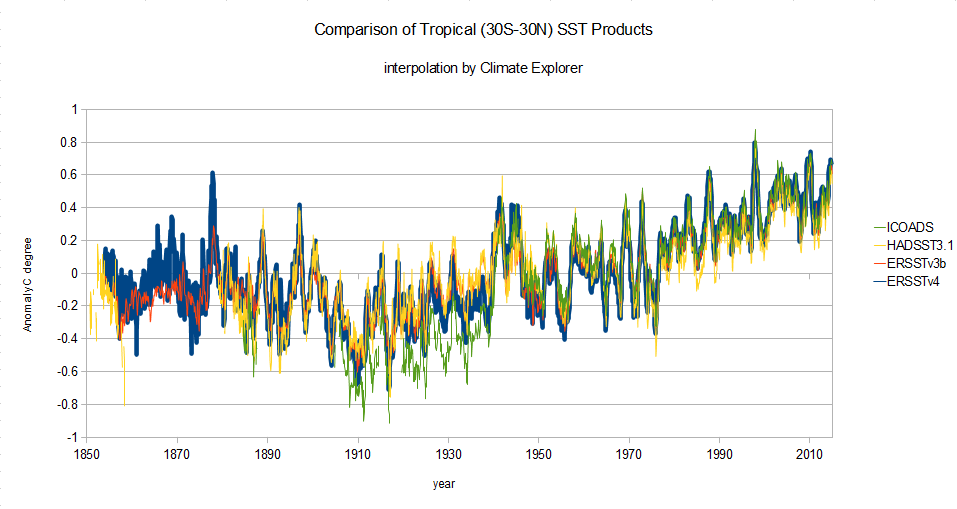