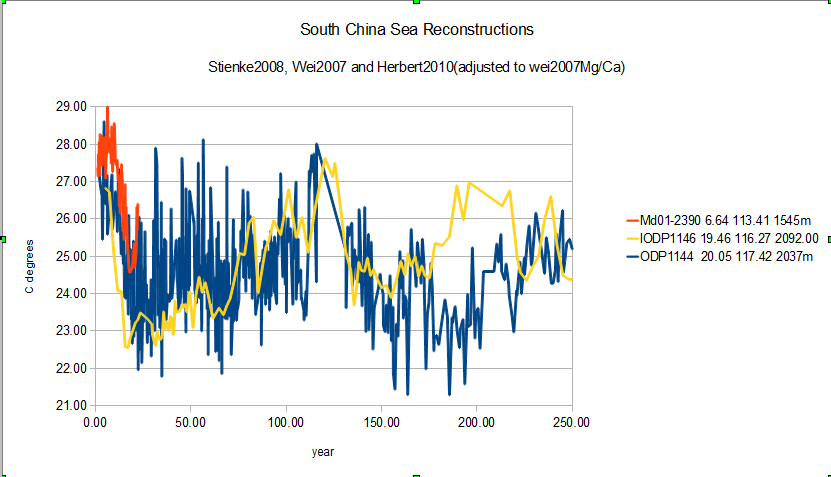 As noted on the chart this is a comparison of SST reconstructions of the South China Sea.  The Herbert et al. 2010 is a UK37 recon which I "adjusted" to the Wei2007 Mg/Ca recon from a very close location.  The adjustment amounted to +0.34C which is in the uncertainty range of the reconstructions.  As you can see, either there is one wicked current edge around the rough 80 nautical miles that separate the two core locations or there are some issues with the "bug" turned into thermometers.  Dating is a likely issue with the cores, so the Herbert2010 might be time compressed between 150kyr bp( yep there is a typo on the chart) and 250kyraBP.  The temperature range though is more important for my purposes than the dating.  The Herbert2010 and Wei2007 locations are at the northern edge of the tropics and the Steinke2008 is in the heart of the tropics.  If I adjusted Herbert2010 up to that recon, we would have the 28C peaks during the inter-glacials.

Instrumental in that region has a large range from roughly 24C to 30C. 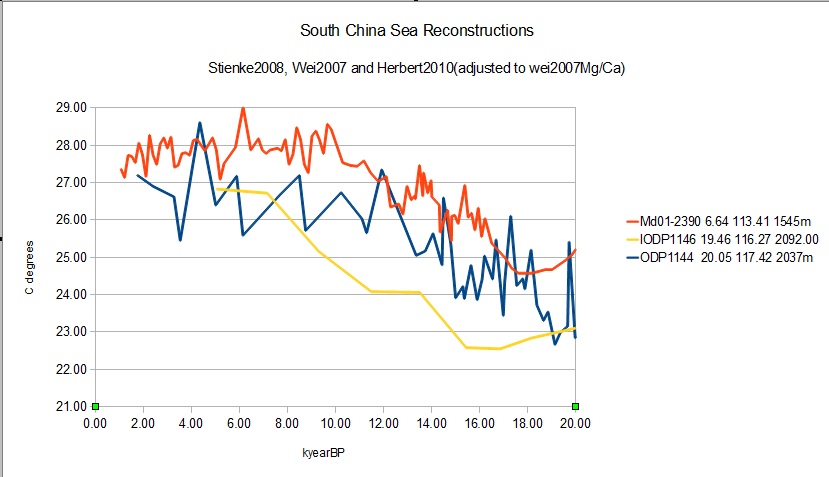 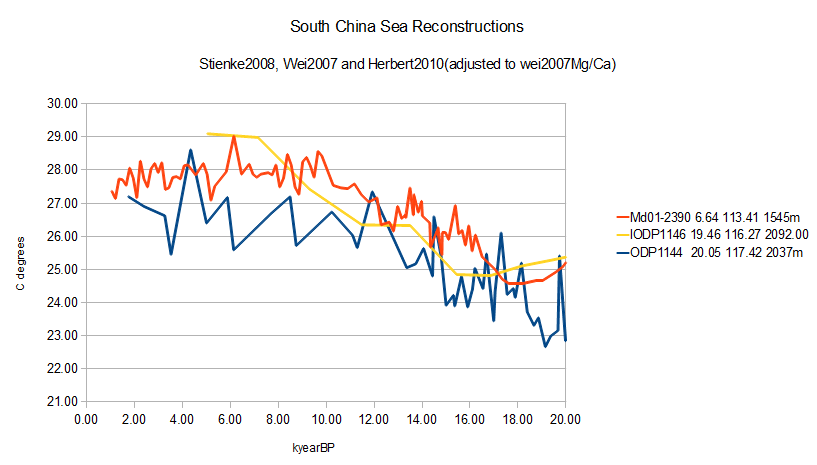 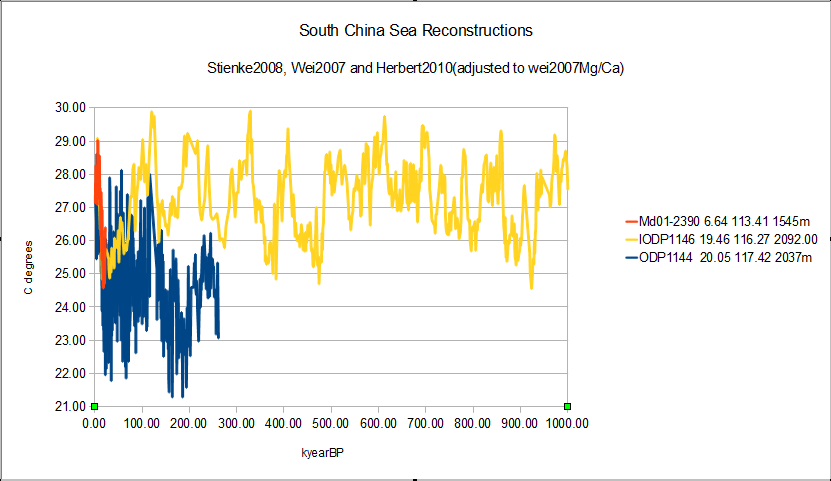 Expanded to 1000kyr you can see why I will need to look up new wiggle words.  The Wei2007 and Herbert2010 don't agree all that well as you go back in time. 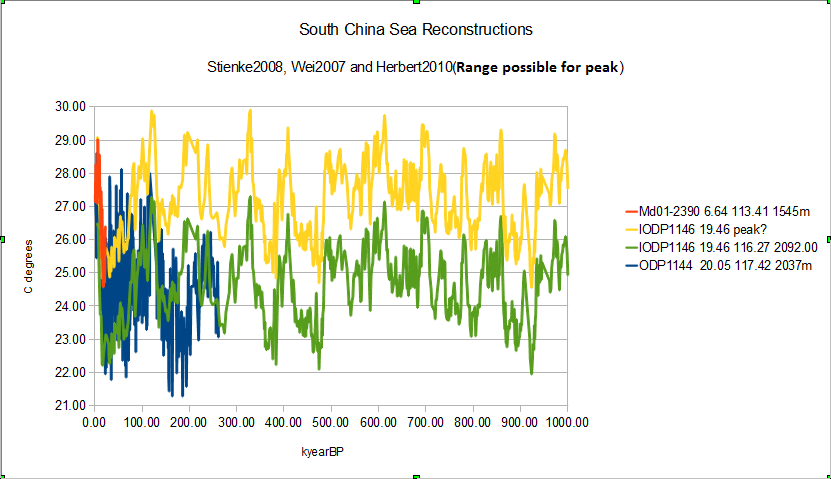 So this is more like the range of temperatures one could expect.  That isn't bad really, +/-1.5 C "temperatures" based on the life and times of plankton.  So the easiest way to "adjust" Herbert2010 South China Sea would be a simple average of the actual recon temperature and estimated peak temperature with +/-1.5C stuck on the end.  It is pretty unlikely that UK'37 will underestimate sea surface temperatures.

So if you see me referencing 2.1 million years of South China Sea summer sea surface temperatures this is what you get and how I got it. 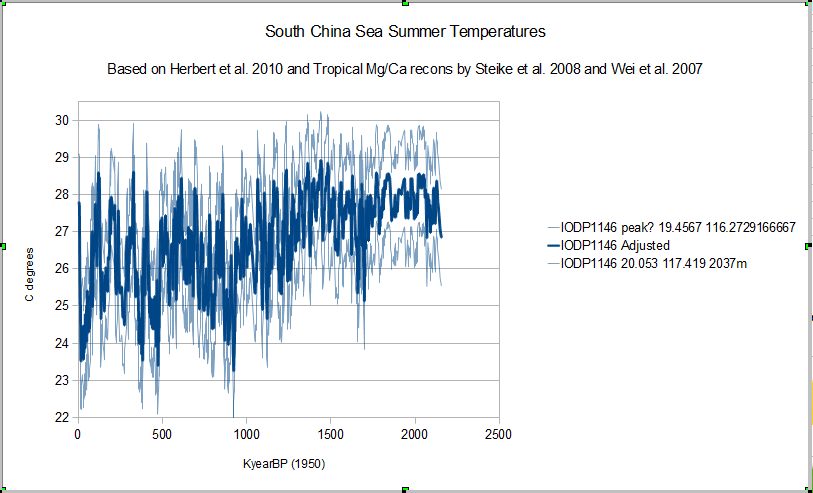