The Atlantic is a bit of a paleo problem child.  Herbert et al. 2010 gave it a shot but have about a 600 k year gap starting around 400ka ago.  There are some of the same issues with dating it appears so I have bit the bullet and gone with a shorter reconstruction based on Nuemberg et al. 2000 and Reuhlemann et al, 2007. 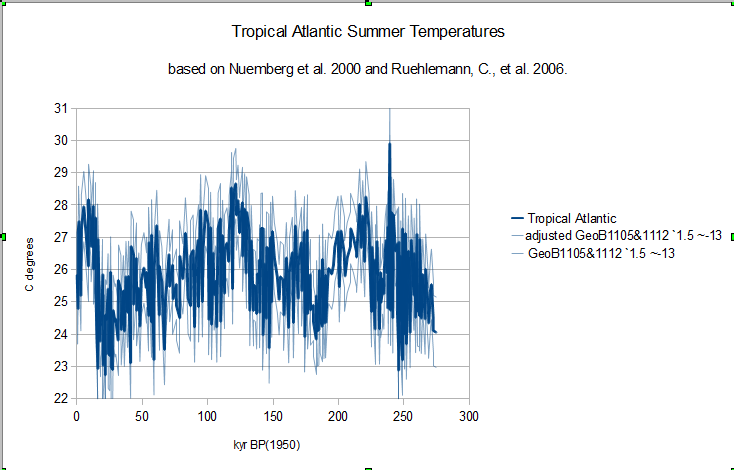 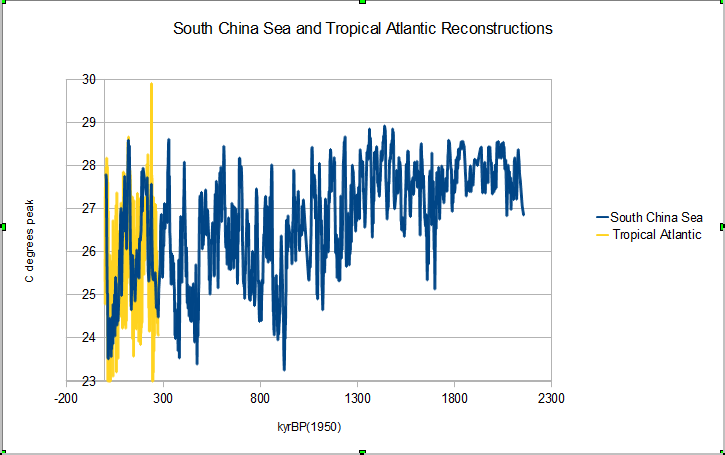 For what little Atlantic reconstruction there is, it is pretty much in line with the South China Sea.   I didn't include the error ranges for this so it it easier to read, but there is that pesky +/- 1.5 C or so to deal with.   Next up will be the Indian Ocean/Arabian Sea.

All of the data sets I used are at NCDC NOAA paleo.