Battle of the Hemispheres 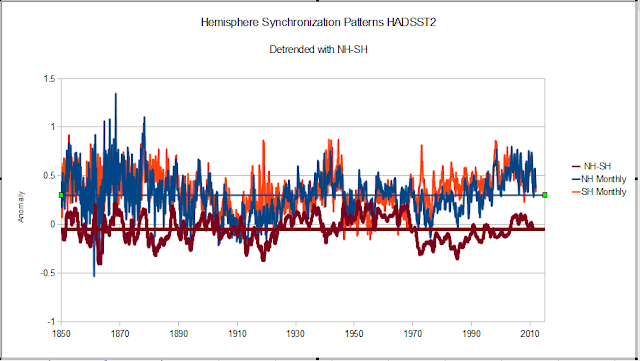 This comparison of the Hadley Centre northern and southern hemisphere shows the drifting pseudo-cyclic variations of temperature in the two hemispheres.  The oscillations have apparently random shifts with different impacts on measured climate.

The general cause of the shift is thought to be ENSO related weather "regimes", Thermohaline Current variations, Solar forcing fluctuations. 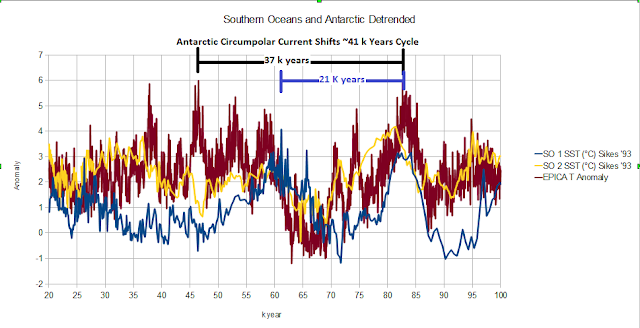 The cycle of glacial periods is also pseudo-cyclic, changing from roughly 41k year cycles to roughly 100k year cycles in the more recent glaciations.  The opening of the Drake Passage some 40 million years ago is likely the cause of the glacial periods with the closure of the the north and south American continents changing the thermohaline current in the world's oceans adding to the change in climate regimes.

The Drake Passage opened when south America separated for the Antarctic starting the Antarctic Circumpolar Current (CPC) which thermally isolates the Antarctic climate from the global climate.  In the chart above, it appears that changes in the flow of the CPC over millions of years contributed to the shift from ~41k year to ~100k year glacial oscillations.  With the CPC increasing in climate influence, impact of Solar variation will likely be much less that historically unless coupled or synchronized the CPC fluctuations.  Antarctic sea ice formation and changes in the orientation of extent should be a major impact contributing to global climate change on all time scales. 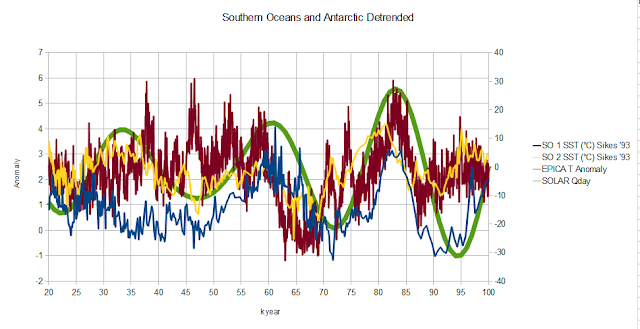 By adding the 65N solar insolation estimate in the background you can get a feel for the different sensitivities of the two Sikes temperature reconstructions to solar forcing.  the mixing of the thermohaline at the source, the CPC, has complex dynamics with likely impacts thousands of year after the forcing.

This is just a draft but some may find it interesting.

Update:  I am trying to use a last known value method to simplify averaging of various paleo reconstructions.  Instead of interpolating, the last know value is used to infill gaps where the gaps are not humongous. 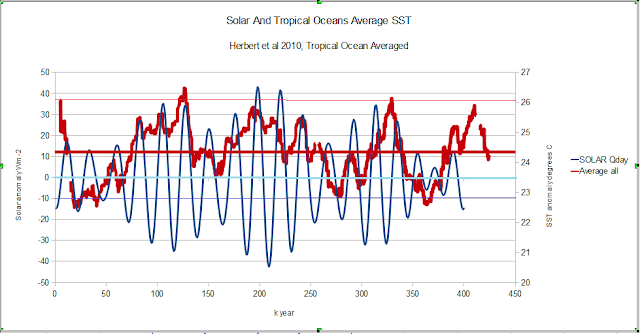 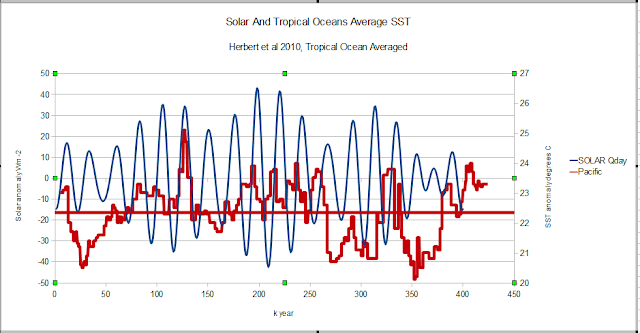 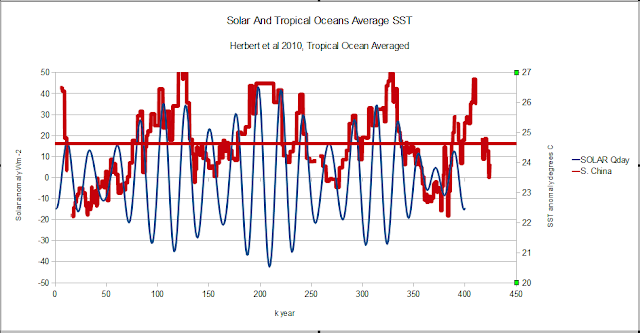 The exit from the last glacial maximum is a little different which is what I am trying to isolate.  The tropical oceans would be one reference with the tropical Eastern Pacific being a good indicator of the ENSO type oscilations.
Posted by Unknown at 9:51 AM