What is the Average Global Temperature? 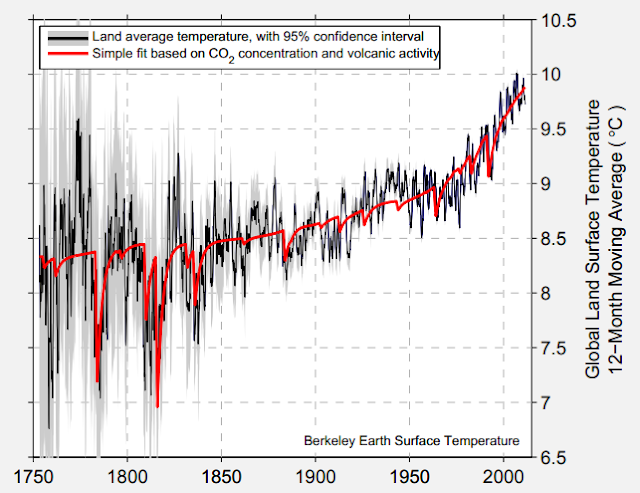 They even have one for the Northern hemisphere, 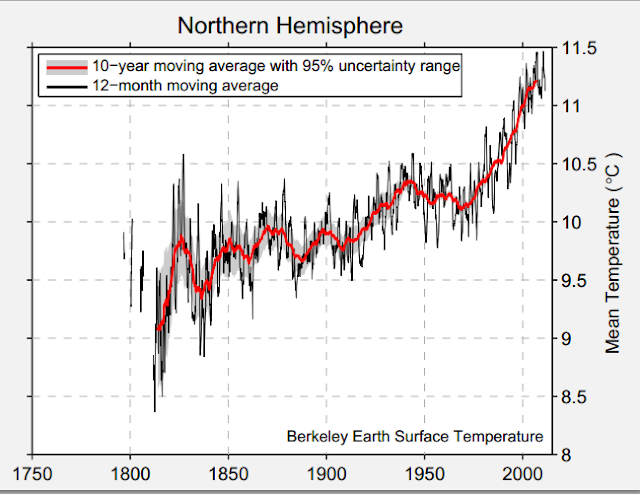 And the Southern Hemisphere 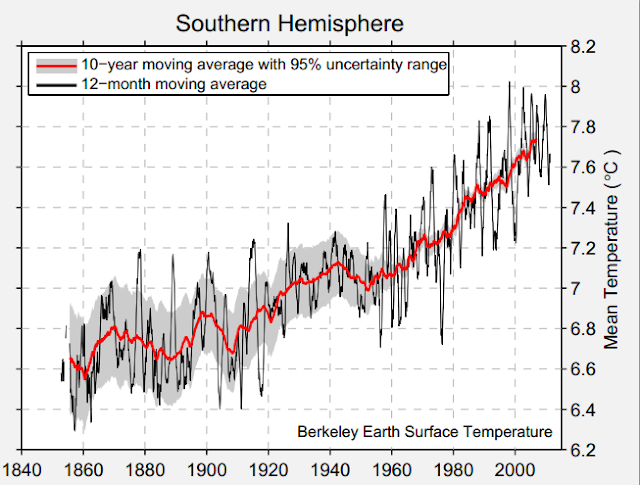 I also mentioned to the "experts" than land typically is higher than sea level or it would not be called land.  Since land is higher than sea level, thanks to physics, the temperature decreases as the altitude increases, so the measured temperature at some altitude greater than sea level would have to be adjusted higher if that were to be compared with temperatures at sea level.  The temperature decrease with altitude because the air cannot hold as much energy due to lower thermal capacity cause by the reduced density.  If the average altitude of the land surface measurements is 1000meters, the temperature would have to be adjusted upwards by about 6.5 C depending on if they used the moist or dry lapse rate.  0.3*6.5= ~2 degrees, so there is up to two degrees that would represent temperature but not thermal capacity using temperature as a proxy for energy at the surface. 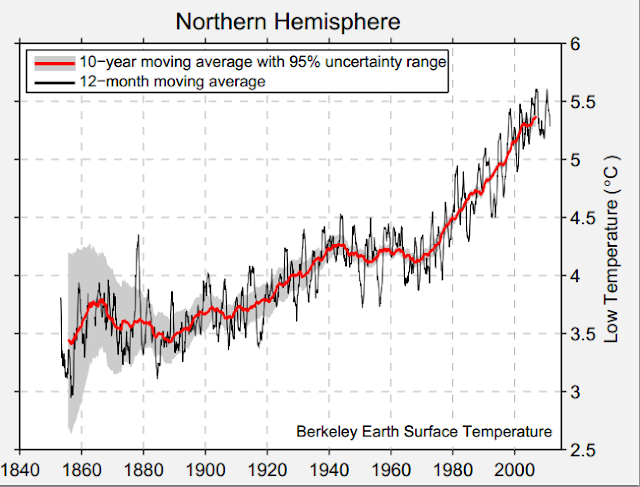 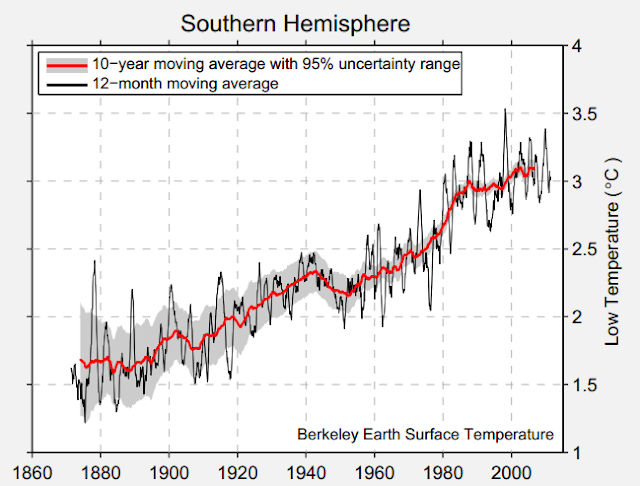 Southern hemisphere T minimum.  .31*3.1 + .69*5.4 = ~3 C degrees which would be the temperature most likely impacted by greenhouse gases retaining more heat.  So if we use T minimum and the ~17C for the oceans, .3*3 + .7*17 = 12.8 C degrees.  12.8C degrees would equal ~286 K degrees which is 2 to 3 degrees cooler than the estimated average surface temperature used to determine how much the Earth has warmed.  That 286K would have an effective radiant energy of ~379.5 Wm-2 which is 16.6 Wm-2 less than the 396Wm-2 currently estimated as the average radiant energy of the surface of the Earth which would be impacted by the addition of greenhouse gases.

Because of all the different possibilities, I, not an "expert", decided to use the measured AQUA sea surface temperature of 21.1 C degrees and focus only on the surface temperature and energy to avoid all the confusion of adjusting this or that to meet the need of having some "average" number than no one really knows what is or what if it matters.

Using that 21.1 C degrees and an equally simple model, I determined that the average range of temperatures that is allowed based on the estimated solar energy available and the limit imposed by the freezing temperature of water, salt and fresh, to be about +/- 1 degree on average for the global oceans.

If you consider that all the areas of the oceans included in these paleo climate reconstructions, the not the "expert" came pretty damn close.  So the next time you get into a rousing Climate Change discussion at your local tavern just remember to say, "natural variability if about two degrees" and look for a less liberal chick to chat up.
Posted by Unknown at 8:56 PM