What does the 1995 Regime Change Mean?

The 1998 climate shift noted by a number of researchers has similarities to other shifts in climate expected to be cause by natural internal variability of the ocean and atmospheric system.  In 1995, there appears to be more than just a shift, a regime change I have mentioned and that term has also been used by researchers studying the energy transfer across the equator. 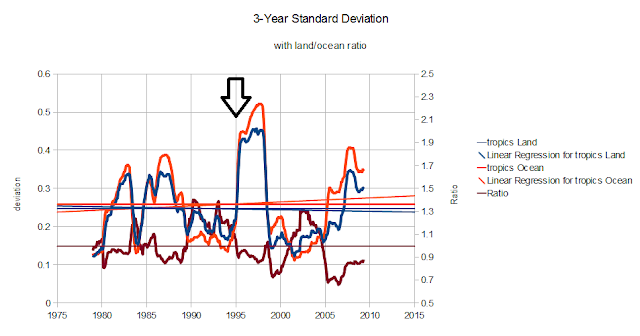 In the tropics, there is a step starting in 1995.  Using a 3-year standard deviation, the 1998 Super El Nino is definitely the primary factor. 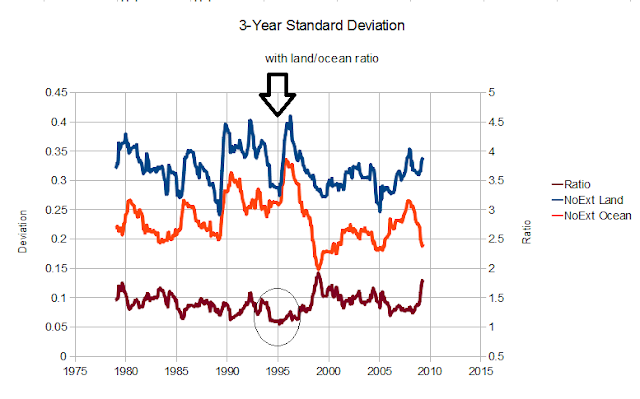 In the northern hemisphere there is also an event of some sort in 1995.  What looks interesting is that the minimum land/ocean standard deviation ratio is just after 1995. 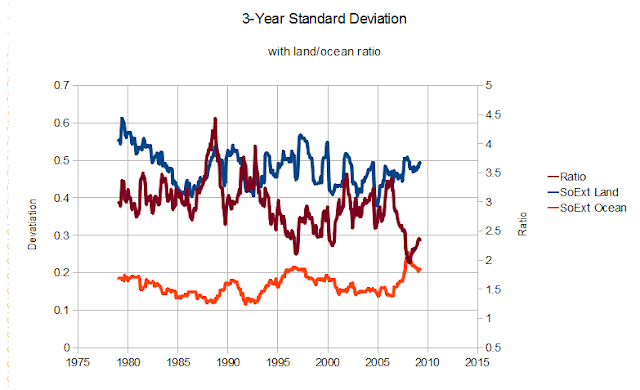 In the southern extra tropics, 1995 doesn't stand out as an exceptional event.  There are some subtle changes, but most of the impact of the regime change, if it is truly a regime change, are in the northern hemisphere.

This post is just idle thoughts at the moment.  The 1995 change though, doesn't seem to be like past changes, at least for the past 400 years.
Posted by Unknown at 6:35 PM