The 55S Catastrophe or Closer to the Real Deal

There is a world of difference between knowing what is wrong and proving it.  That is especially true when the mistake is so simple.  Starting at the wrong base assumption can spread like wildfire scorching every calculation afterwards. 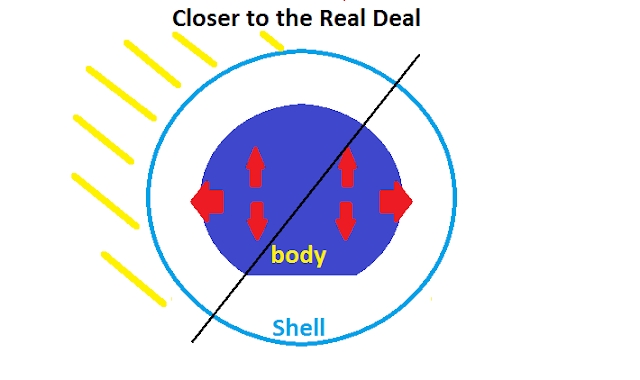 This sketch represents Earth at its maximum insolation mode.  The slanted black line is the plane of the Earth with respect to the Sun.  If you can visualize the orbit of Earth with the missing southern polar region, this orbital mode actually provides the highest average solar insolation for the Body part of the Blackbody core.  The Shell portion would always receive uniform solar insolation since it does not have any portion of its surface thermally isolated from the rest.  The Shell and the Body receive solar insolation continuously. 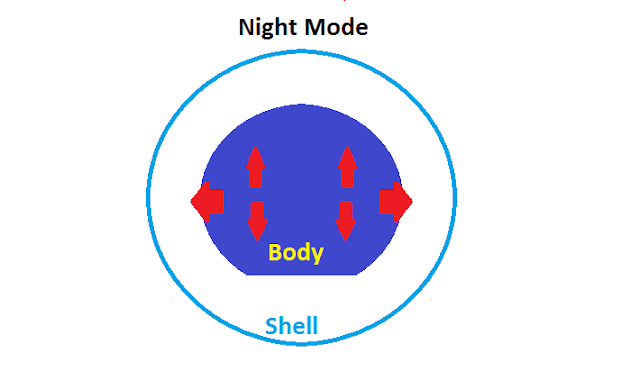 Antarctic temperature data is by far the most suspect of all the surface temperature data available.  With the polar vortex dynamics causing occasionally radical transitions, the trends could be highly suspect, but there may be some information in the longer term mean values.  The Amundsen-Scott base at the South Pole has one of the longer records and is possibly less contaminated by polar weather.  Using the GISTEMP monthly station data you can compare the absolute temperature and Stefan-Bolzmann equivalent energy for the station.

This table has the S-B equivalent energy values for the period from 1957 to 2012.  The Average is the simple average and the mean is the root mean squared for the 664 monthly values available.  The Ratio row is the actual values divided by 0.91 which is my estimate for the active region of the body of Earth's combination blackbody and shell.  The Max and Min values I would think should be suspect requiring a little more diligent treatment, but the Mean and Average should be fairly close to the "Greenhouse Effect" magnitude.

To take this one more step, the actual energy of the portion of the body providing the energy to the shell may be estimated.  If the actual average absolute energy of the active surface is 390Wm-2, then roughly 62% of the surface is active based on the Average value or slightly less with the Mean value.  With only 91% of the true surface likely to be active with the Antarctic isolated, then roughly 68% of the overall surface may be providing the blackbody energy for the shell and Antarctic regions.  That is close to the actual open ocean area of Earth.  This may seem somewhat circular,but albedo is not a factor in the energy flux out of the body, only the emissivity of the surfaces, with water being close to ideal.

It is a shame that the polar region data is so sparse, since it looks like the Antarctic has the potential resolving some of the more perplexing discrepancies.