The Sol y Vol hemisphere imbalance doesn't explain everything.  It does provide a lot of clues though.  The well mixed southern hemisphere which is mainly slow response oceans have a more predictable response to an imbalance, like a volcano. 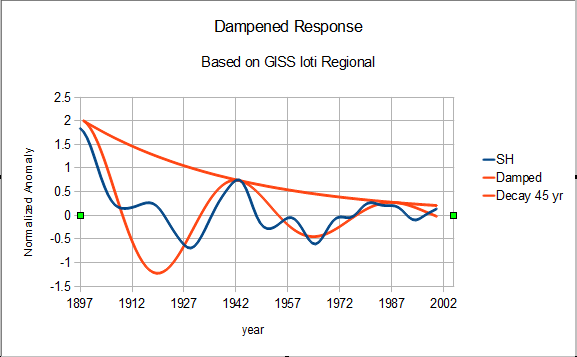 Even with all the noise generated by land surface temperatures you can get a reasonable fit to a 45 year dampened decay curve, e^-t*cos(2pi()t where t is 45 years.  There is no reason to expect that period to be locked at 45 years, but the general range should be somewhat consistent, you should expect it to take about 90 years for the decay oscillations to become insignificant provided there are no major perturbations during the settling time.

If the northern hemisphere were as well behaved, Climate prediction would be a piece of cake.  It is not though. 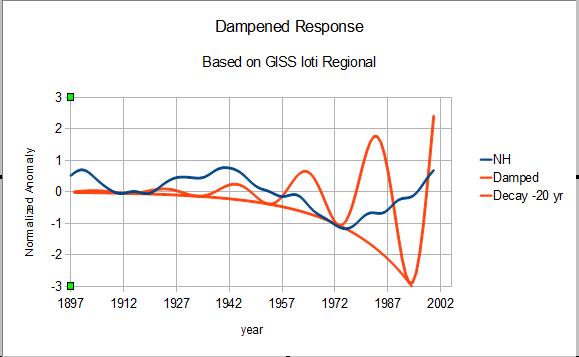 As the SH settles back to its desired mean, more energy is available for the NH via the ThermoHaline Circulation (THC) producing a variety of possibilities.  Exponential growth is not sustainable so there will be a new tipping point restarting the sequences.