More Land Use versus Climate

In a resent post I showed how BEST "global" surface temperature data made a very good reconstruction of "Global" Sea Surface Temperatures by using a modern satellite era baseline and scaling BEST Tave to the HadSSTv3b data,  For all the BEST Fans.  The I compared the Houghton land use impact on CO2 to the NCDC Extended Reconstructed Sea Surface Temperature ERSSTv3b) with the land only data sets to show how land amplification tends to over enhance more than just CO2 forcing.  A large portion of the land use amplification would be related to changes in the soil moisture/hydrology cycle which is more related to the land Tmin data than Tmax data. 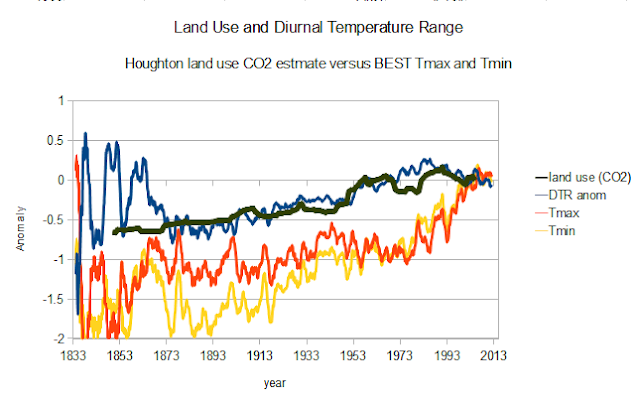 Showing that is not that difficult, just difference the BEST Tmax and Tmin data with a modern era baseline, in this case 2000 to present to avoid some of the volcanic influences.  Not all of that correlation is just land use in the normal sense, but a combination of some natural recovery, black carbon and land use.   All land use does not have the same impact in all regions which also complicates things. 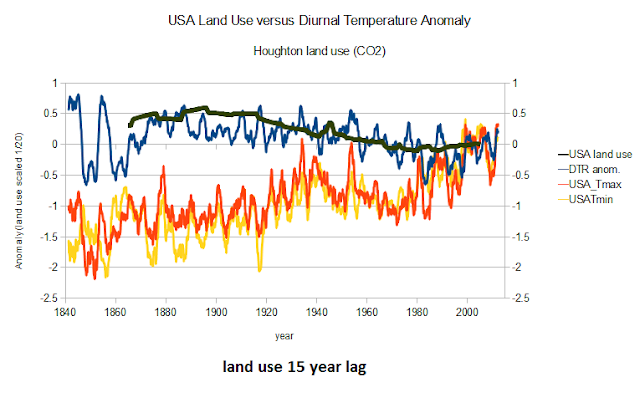 In the United States where both the temperature and land use data appear to be more complete, there is a nice fit with the expected 15 year lag for nominal soil degradation. 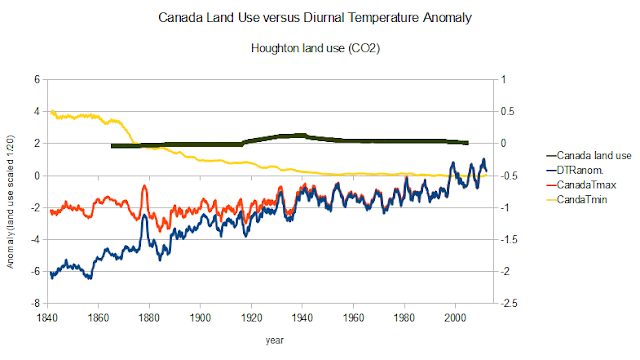 In Canada, there is little land use impact per the Houghton data and the Canadian temperature data was reduced and sparse. 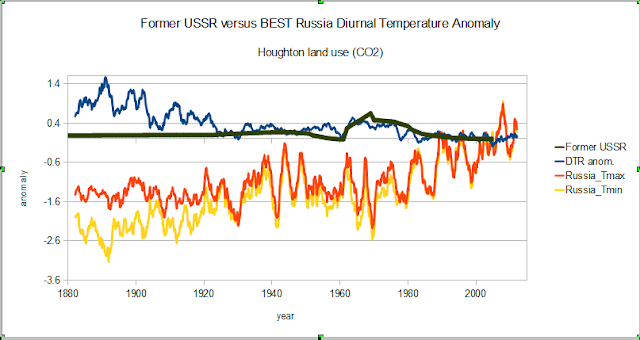 In Russia, the is an issue with data quality and more of the actual land use changes was in former USSR member states.

In China, farming practices appear to have an inverse correlation with changes in the diurnal temperature anomaly.

It is also not very comforting that all the models and creative multiple linear regressions used to "show" alarming amounts anthropogenic change didn't notice that diurnal temperature range has not been following CO2 forcing but "Green Revolution" forcing.  Imagine that?

Update: Comparing the Northern higher latitude land use, US, Canada, China and the former USSR to the difference between the NH SST and BEST also shows an interesting correlation. 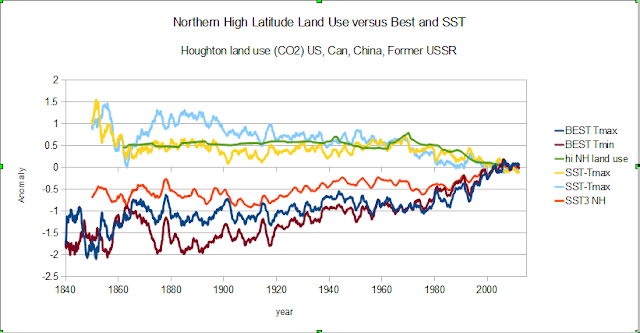 As much as a half of a degree C of the land surface temperature change could be related to land use/snow field impact.
Posted by Unknown at 6:15 AM