There is the typical blog arguments going on about what caused what, if it's warming, if it's cooling blah, blah, blah.  A complex dynamic system does all sorts of weird stuff, just to make people look silly.  There is no "true" solution, but there are a few hints about what caused what.  Change point analysis is a good way to get some hints.  So here is a little step by step application of Captain Dallas' Kmart change point analysis procedure. 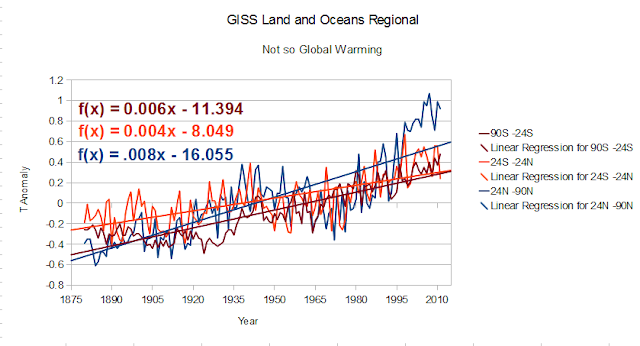 The next two will be a little boring, but hang in there. 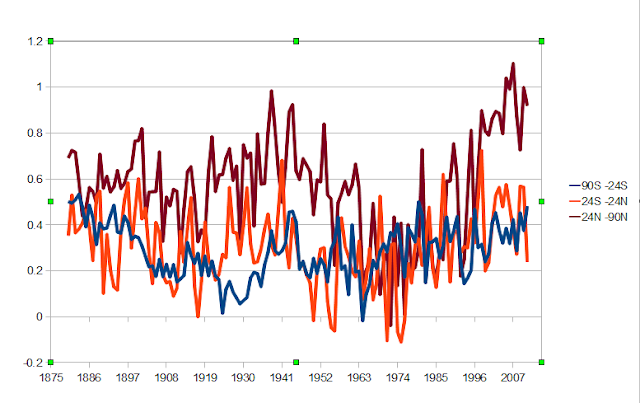 This is the same data detrended.  Since I did not average, you can see how they stack. 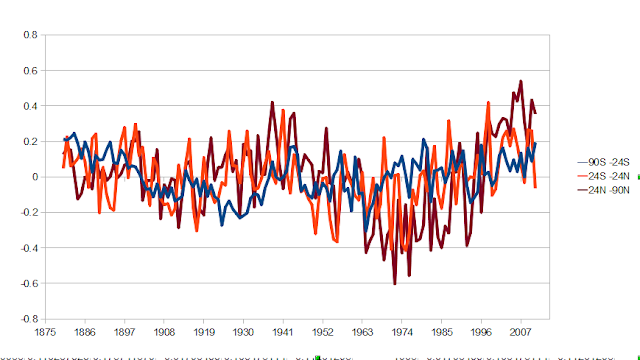 Here I just adjusted the detrended data to a common baseline.  It is still pretty much a noisy mess right? 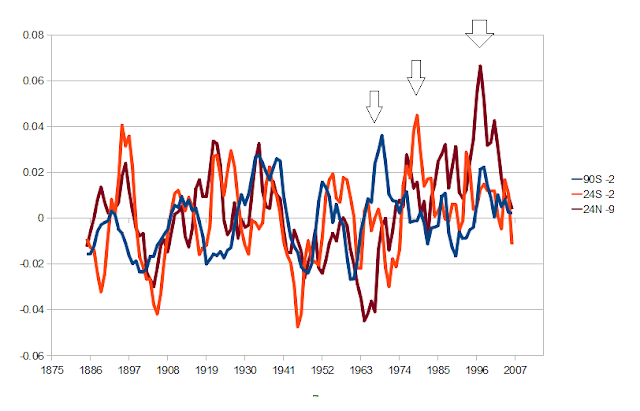 Now this is the Kmart analysis.  All it is is sequential linear regressions of each data set (11 years in this case).  Change point show as peaks a valleys.  Nothing Earth shattering.  Now notice the arrows.  There are three similar peaks at different times. 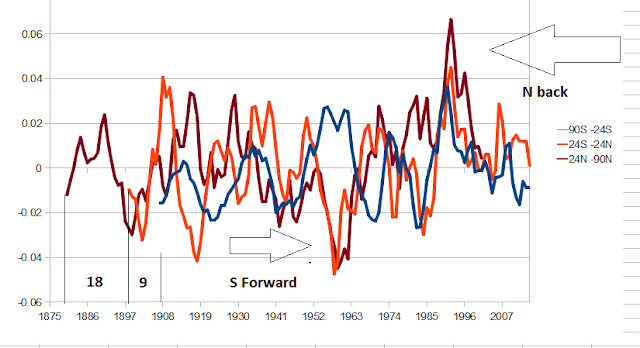 So should you be inclined to wager on long term weather, there appears to be a cooling trend in our near future.  Since the Northern Extratropics tend to overshoot change points both in amplitude and time lag, the cooling could be about 0.3 C degrees.  However, it is a semi-chaotic system, so things can change at any time, though it is rather unlikely there will be a major warming forcing in the next decade or two.