The Pause that Refocuses

Sequential Linear Regressions (SLR) is a way to "Gut Check" a trend significance.  Scientist don't like that kinda talk, they want peer reviewed proof, but once again into the lack of peer reviewed breach. 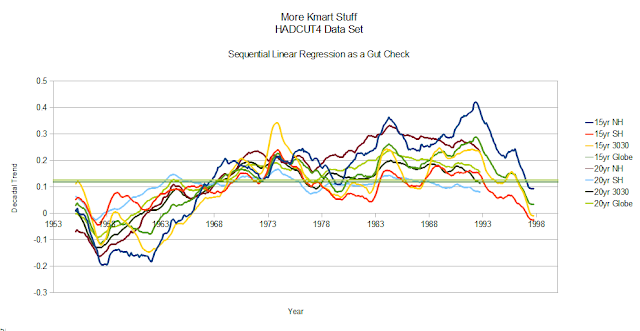 First, using just one data set and the "average" of that data set to boot, when determining the significance of a trend is just plain stupid.  So this rehash is another "Stupid" discussion.  Stupid is not always the same as ignorance.  The chart above has the 15year and 20year SLR for the new HADCRUT4 surface temperature data set.  The units on the y axis are decadal trends in degrees C for each point with the start date on the x axis.  The mean value for the "Global" series is shown which indicate a reliable "mean" regression slope from 1955 of ~0.12 for the 20 year and ~0.13 for the 15 year curves.  That should be pretty straight forward. 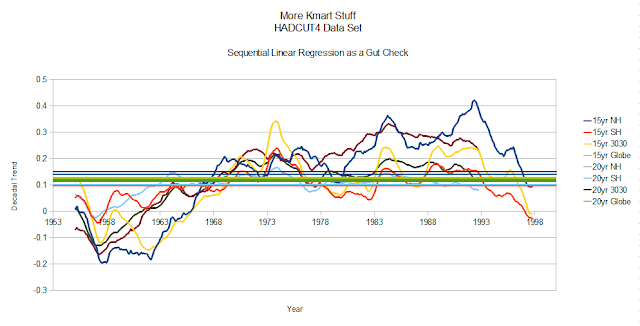 There are plenty of other "peer reviewed" methods that can be used, but this is a very simple, "gut check" method that is in keeping with, Exploratory Data Analysis (EDA), which is basically, LOOKING at the data.